What is up with Trevor Rogers?

The left-hander seems to be going through a bit of a sophomore slump.

Share All sharing options for: What is up with Trevor Rogers?

NL Rookie of the Year runner-up Trevor Rogers was stunning last season. He turned in a 2.64 ERA, a 1.15 WHIP, a 2.55 FIP and a 10.62 K/9 in 133 innings pitched, and had it not been for some time off due to family reasons, he would have likely taken the award home himself. Rogers looked primed for an even better season in 2022, and not just in the eyes of the Fish faithful—some national media jumped on the hype train as well. All signs were seemingly pointing up for him.

Entering Friday’s start, however, the sophomore southpaw is arguably the most disappointing pitcher on the Marlins. Rogers sports a sluggish 5.20 ERA, a 1.55 WHIP, and his FIP has spiked to 4.72. His strikeout rate is down by almost 8%, his walk rate is up and he’s already given up as many home runs as last year in about a quarter as many innings. Even in a small sample, this is somewhat alarming.

So, what’s going on with Trevor Rogers?

Well, his pitch mix is virtually the same as last year, relying on his 4-seam fastball 52.7% of the time, his changeup at 27.7% and his slider 19.6%. Each of his pitches are almost identical in velocity to the previous season, too.

One thing in particular stands out: Rogers’ fastball is getting absolutely smacked around. He was dominant with it last year, recording more strikeouts on his 4-seamer (99) than any other lefty in the National League, according to Baseball Savant. The pitch that held hitters to an OPS of just .584 in his last campaign has skyrocketed to .963. He has surrendered five home runs on that pitch alone.

Rogers’ struggle with his fastball could be the result of a few different things.

If Rogers’ fastball is performing so much worse despite similar pitch characteristics, it could be because he is locating it poorly. After rewatching a large portion of his 2022 starts, a common theme clearly surfaced: he has had a lot of trouble hitting spots at the top of the zone.

Here are a few examples: 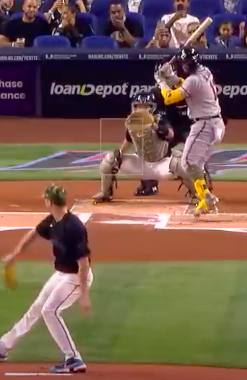 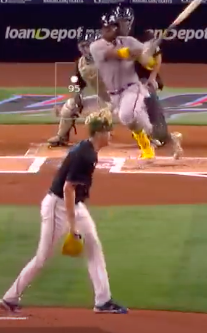 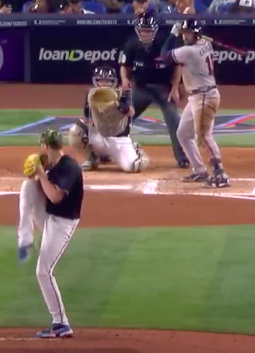 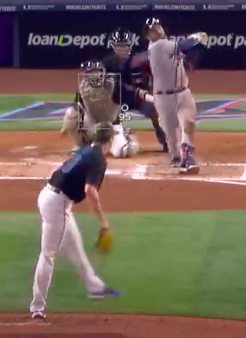 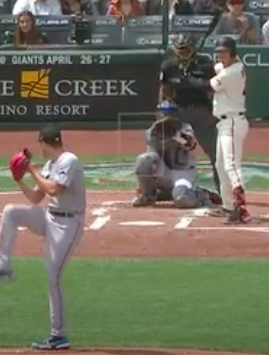 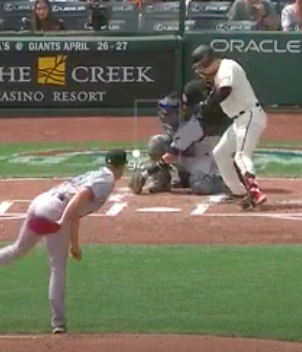 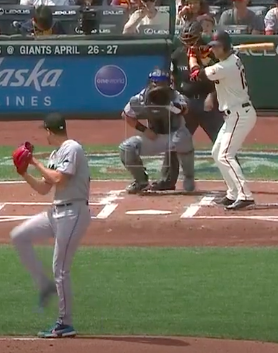 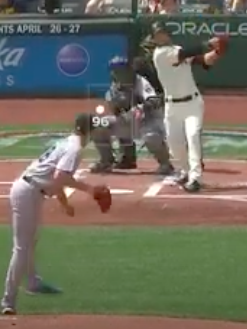 Another potential factor contributing to the decline of his fastball is that he could be inadvertently giving away his pitch selection.

You can see here a clear difference in release point. Look at Rogers’ hand compared to the back line of the lefty batter’s box:

His fastball is released 3" higher than his slider & change. The arm for the fastball has some bend.

The swing rate on his change has dropped from 60% to 46%. pic.twitter.com/Hjommf3xws

Major league hitters can usually pick up on any difference from pitch to pitch. However, if this truly was the reason, I feel that we would also be seeing a significant decline in his secondary pitches.

Struggles in other areas

What if the rest of Rogers’ repertoire is indirectly setting up his fastball to fail?

When a pitcher is lacking conviction in their secondary pitches, they tend to over-rely on their strengths, which could wind up being a bad thing. Here is a visualization of Rogers’ inconsistency locating his changeup, often missing well outside the zone:

On the latest @FantraxToolshed, I talked about Trevor Rogers' changeup command this season being a big reason for the huge decrease in whiff rate.

Being unable to put away batters with offspeed stuff forces Rogers to use his 4-seamer in more predictable situations.

Whatever the reason, hopefully Rogers can make the necessary tweaks to return to the 2021 version of himself. A Marlins team that’s without a closer and shaky at the back end of the starting rotation could really use him.