Fishy or For Real: Garrett Cooper

Cooper has been the biggest disappointment on the 2021 Marlins. How did we get here?

Share All sharing options for: Fishy or For Real: Garrett Cooper

One of the main conversation topics to come out of 2021 spring training was the Marlins’ veteran bat logjam. They had four players—Garrett Cooper, Jesús Aguilar, Corey Dickerson and Adam Duvall—for three spots (first base, left field and right field).

I would estimate that there was more fan enthusiasm for Cooper than any of the others. Entering his age-30 season, he was the youngest of the quartet with the most years of club control remaining. He thrived at the plate during the abbreviated 2020 campaign and seemed poised to take another step forward after starring in Grapefruit League exhibition games (.425/.452/.700, 9.5 K% in 42 PA). It wasn’t hard to envision him as a impactful role player on the next great Marlins team, especially with the inevitability of a universal designated hitter.

Instead, Cooper enters Wednesday’s game as Miami’s least-valuable position player. I say that in reference to his team-worst -0.6 fWAR, but anybody who’s been watching Marlins games regularly this season would come to the same conclusion without requiring statistical crutches. Garrett Cooper is a liability.

Let’s unpack what’s gone wrong and consider what the potential next steps could be.

Addressing the media in spring training, Cooper bluntly expressed his displeasure about the reversion to traditional National League rules. Last year, he alternated between first base and designated hitter, allowing him and Aguilar to comfortably co-exist on the Marlins. But the inability of Major League Baseball and the MLB players’ union to renew the DH made his role on the roster more difficult to define.

Aguilar began the 2021 regular season on a 13-game on-base streak and hasn’t looked back. He is deservedly a staple of the Marlins lineup, locked in at first base (his lone defensive position).

However, Don Mattingly has found plenty of reps for Cooper nonetheless. In April, he totaled 80 plate appearances (an average of 3.2 per team game). His opportunities have ticked up even more in May—he played five consecutive complete games from May 7-11. Mattingly consistently slots him in the No. 3 and No. 4 spots of the batting order, further massaging his ego.

Cooper has failed to produce. He owns a .194/.259/.282 slash line and a 59 wRC+ (100 represents the league average). He is striking out in nearly one-third of his plate appearances (league average is about one-quarter). Despite a recent four-game hitting streak, he’s been held without an extra-base hit for 12 straight games.

Cooper’s underlying Statcast data could be most generously described as a mixed bag. He recently had a batted ball with an exit velocity of 114.0 miles per hour, establishing a new career high. The vast majority of the time that he puts the ball in play, he makes hard contact. He’s still a very strong dude. 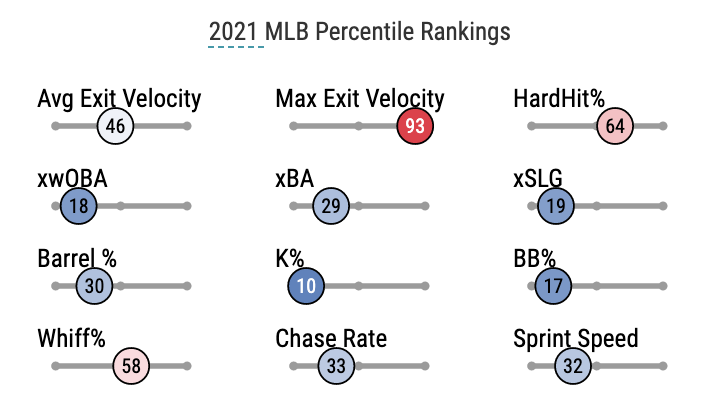 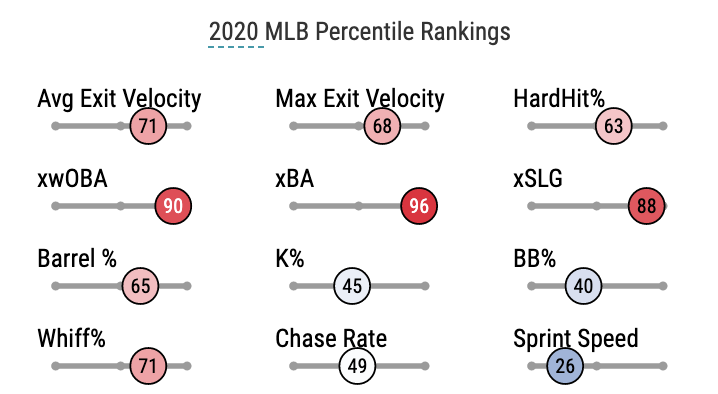 But that falls short of solving this mystery—Cooper would still be doing poorly if credited with his expected results.

Last season, Cooper had fantastic outcomes when putting the first pitch in play (1.371 OPS) or whenever he was ahead (1.125 OPS) or even (1.056 OPS) in the count. In 2021, though, those numbers have plummeted to a .473 OPS, .605 OPS and .677 OPS, respectively. These are situations where he should be doing damage and it’s simply not happening. He’s getting hittable pitches in the strike zone and constantly fouling them off—Cooper’s 33.3 foul ball strikes percentage is 15th-highest among MLB qualifiers, according to Baseball-Reference. By wasting those chances, he buys the opposing pitchers more time to execute their putaway pitches, hence the spike in his strikeout rate.

Unfortunately, that hard work has not translated to the real games. I actually worry that he’ll be seeing even more up-and-in pitches as the league takes notice of how innocuous he’s been.

Cooper’s struggles with the bat are comparable to Marlins teammates Brian Anderson and Lewis Brinson. However, unlike him, they can partially compensate for that by contributing as fielders and baserunners.

The Marlins were, as reported by the Miami Herald, reluctant to use Cooper in the outfield. It turns out that they had good reason for feeling that way. Through just 21 appearances, his performance in right field has been valued at minus-4 Defensive Runs Saved. According to Statcast, he has a 79% success rate making plays, paling in comparison to the 92% estimated success rate of an ordinary right fielder.

Cooper is one of only six active MLB position players with at least 200 career games and no stolen base attempts. He isn’t eager to stretch for extra bases on balls in play, either.

Taking everything into account, this month-and-a-half stretch has been disastrous.

Despite what you just read, I think it’s premature for the Marlins to consider a drastic move, like optioning Cooper to Triple-A.

Look back at Cooper’s slump from mid-July to late-August of 2019: eerily similar. He was able to climb out of that rut and deserves more time to prove he can do it again.

Eventually, the Marlins will face some complicated decisions. Starling Marte is tentatively on track for an early June return from the injured list. Jesús Sánchez has the potential to force his way up to the majors soon after if he continues to dominate Triple-A. Cooper could turn things around and still find himself on the trading block because of his awkward fit with the surrounding roster.

Regardless of your stance on Cooper, hopefully this early portion of the Marlins season has convinced some of you traditionalists to embrace the looming transition to the universal DH and how it allows teams to put their players in positions to be successful.