Can Avisaíl García be the Marlins’ center fielder?

It might not be as crazy as the numbers and common sense suggest.

Share All sharing options for: Can Avisaíl García be the Marlins’ center fielder?

A Marlins franchise that has been allergic to big free agent signings under current ownership changed their tune by inking Avisaíl García. The Venezuelan outfielder spoke at last week’s introductory press conference about his desire to play in Miami, echoing what he reportedly told Derek Jeter in a face-to-face meeting during the negotiating process, according to the Miami Herald. But it’s not as if García accepted a discount to make it happen: the $53 million guarantee he received exceeded every expert’s expectations. Needing to upgrade their offense, the Marlins didn’t cut any corners.

As the Marlins contemplate additional acquisitions for their 2022 major league roster, the key question is what García’s defensive capabilities are. That will dictate which players can co-exist with him.

Miami’s front office is hyping up their internal options to downplay their true desperation. They don’t really trust García in center...do they?

The Herald’s reporting indicates that the Marlins were hopeful about reuniting with Starling Marte, offering him a $60 million contract (with a willingness to sweeten the deal further). They would’ve even considered signing Marte and García together under the right circumstances. Ultimately, the Mets snatched the base-stealing star away for $78 million. In the final hours before the MLB collective bargaining agreement expired and owners commenced a lockout of the players, Chris Taylor re-upped with the Dodgers. His decision to pick them over many other interested teams—including the Marlins—was apparently driven more by Taylor’s personal preferences than the total dollar amount.

There isn’t anybody remaining in free agency who would be as obvious a fit for the Marlins as Marte and Taylor were. Most of the center fielders still out there are too flawed with the bat to be slotted as true everyday starters. Kris Bryant has the versatility to contribute in center, but he is all but assured to command more years and a significantly higher average annual value on his contract than those prior targets. Not gonna happen.

Can the Marlins solve center field via trade? Their farm system might be loaded enough to tempt teams like the Diamondbacks (Ketel Marte) and Orioles (Cedric Mullins) that are less motivated to be competitive right now. However, seeing the CF free agent market dry up tilts the leverage in favor of those potential trade partners.

The Marlins insist they won’t be pressured into making a lopsided deal. That’s because they believe Avisaíl García can be their regular center fielder if necessary, per Craig Mish.

My first reaction was to be highly dubious of that take. Surely it’s just a bluff. Miami’s front office is hyping up their internal options to downplay their true desperation. They don’t really trust García in center...do they?

Avisaíl García does have center field experience, some of it coming very recently! He played 57 total games (451 1⁄3 innings) for the Rays and Brewers over the last three seasons.

It wasn’t pretty, though. García produced minus-7 defensive runs saved in CF from 2019-2021 via Sports Info Solutions—the only major leaguers with worse marks in that span while playing as few innings as García were Wil Myers and Pavin Smith, both of whom were being used out of position.

Most of García CF reps came in 2020. Lorenzo Cain, Milwaukee’s incumbent, Gold Glove-caliber center fielder, opted out of the MLB season shortly after it began due to COVID concerns. García started 44 of the club’s final 57 games in his place, including two in the postseason.

García is good at damage control. Baseball-Reference tracks all opportunities that baserunners have to advance extra bases on batted balls to the outfield (singles, doubles and flyouts). In 2020, he held them from advancing 53.5% of the time, which was significantly above the MLB average. After returning to right field this season, he dominated in this category: García ranked No 1 in the majors at his position with a 61.9 Held% (min. 50 opportunities).

Opponents respect García’s arm, though his agility is also playing a factor. His Sprint Speed was 28.7 ft/sec in 2021, trailing only Ronald Acuña Jr. among everyday right fielders, according to Baseball Savant. As was the case in the previous category, old friend Adam Duvall was just a hair behind him (28.6 ft/sec). The Marlins were very pleased with how Duvall performed for them.

García seemingly has the tools to be a valuable defender in right. For as much as DRS despised his work up the middle, it estimates that he was a plus-14 in RF from 2019-2021. But can he competently fake it in CF like Duvall did in crunch time for the World Series champion Braves?

García made history with the 2020 Brewers. Listed at 250 pounds, he was the heaviest MLB player ever to start the majority of his team’s games in center field (h/t Stathead). In fact, he admits to having been even fatter than that.

Addressing the media over Zoom the following spring training, García detailed his physical transformation. He says he weighed around “255-257 [pounds]” in 2020. During the offseason, with the assistance of a nutritionist, he slimmed down to 236.

“I’ve never felt like this before...The difference is amazing. I need to continue to do that. Even in the offseason, I don’t ever wanna get big again. I want to keep it like this because I feel great.”

You can see the difference, particularly in his lower half: 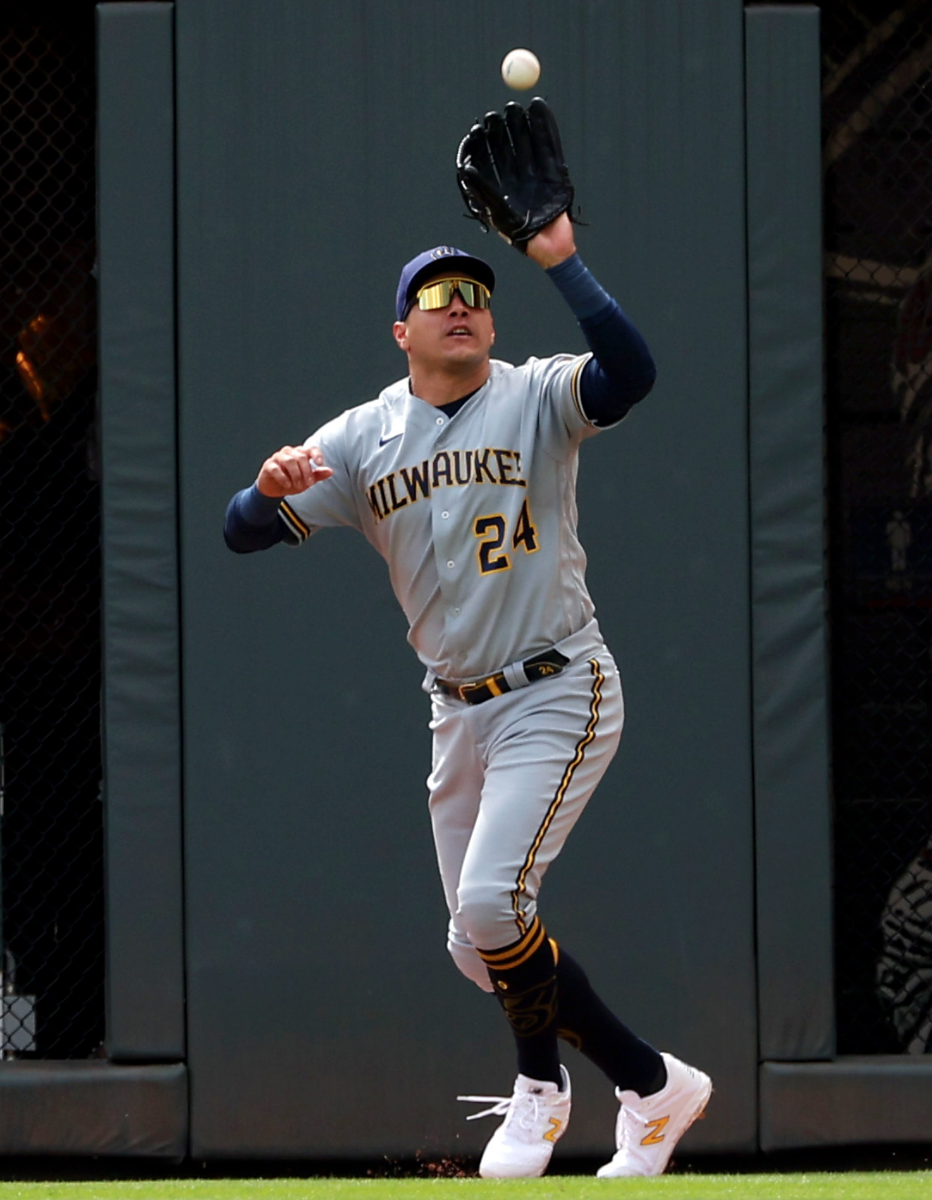 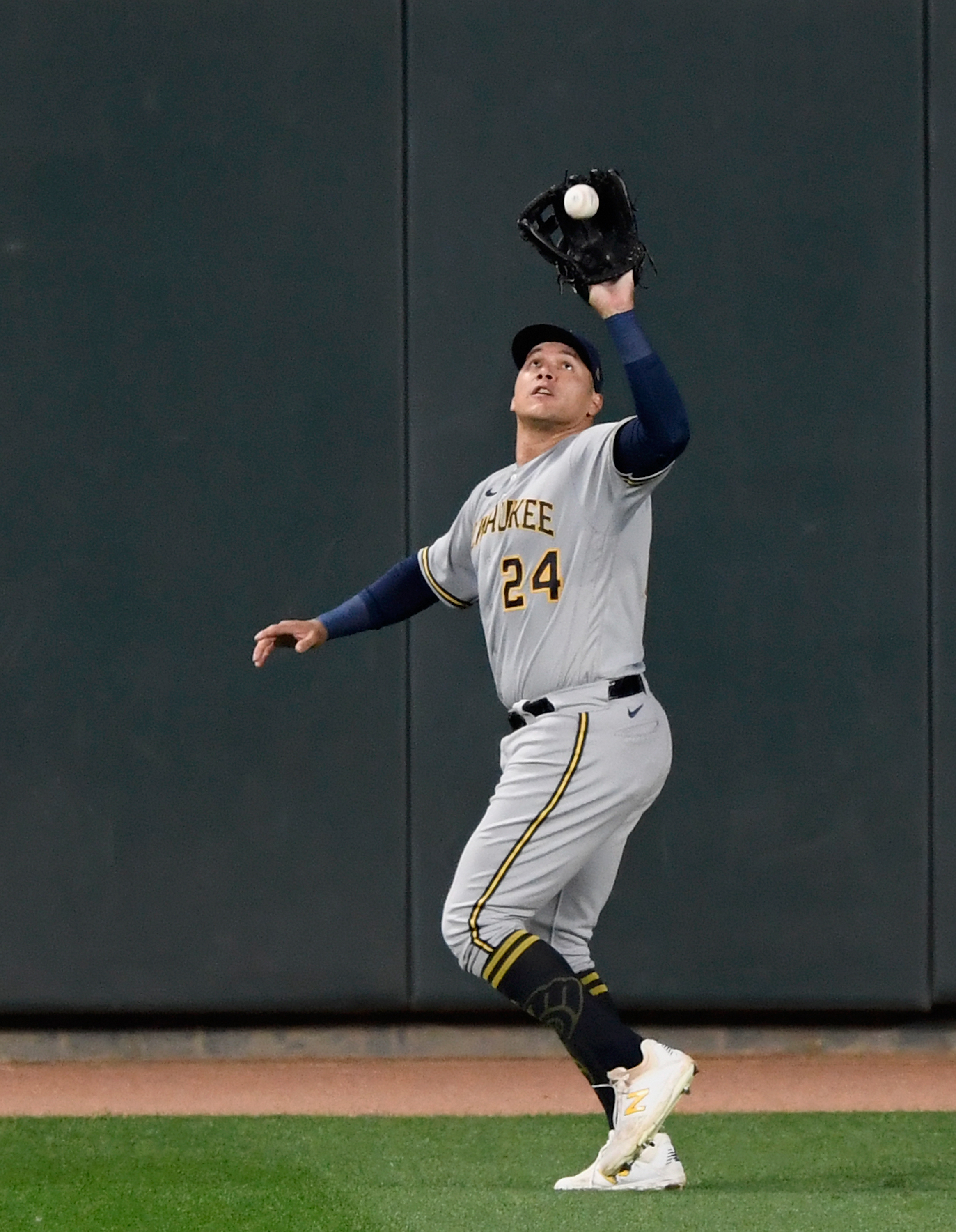 Moreover, keep in mind that 2020 was García’s debut season with the Brewers after previously spending his entire career in the American League. He played only three games at Miller Park as an opponent (way back in 2015). The other NL Central venues were similarly foreign to him.

García struggled as the Brewers center fielder because he was completely unprepared for the role. I don’t think that automatically dooms him to fail if forced back to that position in the future.

Some skepticism about Avisaíl García in center field is still warranted. His age (turning 31 in June) and inexperience are working against him. Baseball Savant attributes the bulk of his 2020 issues to route-running rather than out-of-shapeness, so his magic diet won’t be a cure-all. As he changes divisions again, from the NL Central to the NL East, his lack of familiarity with each outfield’s dimensions could create a steep learning curve (again).

The majority of the players who started games in center field for the 2021 Marlins—Marte, Duvall, Magneuris Sierra and Lewis Brinson—are no longer with the organization. They accounted for 84% of the total starts at the position. That leaves Bryan De La Cruz as the best and most likely internal fallback plan. Monte Harrison is also on the 40-man roster (for the time being). Brian Miller would be next up on the depth chart after that.

The Marlins took a responsible approach by making García aware that he may see action in center field. That influences how he will be training and studying during the lockout. Deep inside of him, there is Duvall-esque potential.

Ultimately, I would advise the Marlins to continue browsing the CF aisle of the trade market. If they are genuine about trying to contend for a 2022 postseason berth, they need a more trustworthy glove, and one that at the very least is skilled enough at the plate to form a platoon with De La Cruz (if not squeeze him to the bench altogether). García is an intriguing player, but shouldn’t be miscast as the offensive and defensive centerpiece of a team with October aspirations.

How many games will Avisaíl García start in CF in 2022?