Why buying a school bus was the only way for a minor leaguer to keep moving forward.

Share All sharing options for: How Jack Labosky Rolls

Jack Labosky grew up dreaming of becoming a professional baseball player. I mean, it wasn't that ridiculous, right? Most of the kids sitting around him on the school bus probably wanted to become astronauts, cowboys or superheroes, literally shooting for the moon.

Thanks to hard work and talent, Labosky reached the pros last summer, drafted and signed by the Tampa Bay Rays as a right-handed pitcher.

But the more things change, the more they stay the same. The Duke University grad continues learning important lessons, on and off the field...and he’s still riding a school bus every day.

“I might be the only one this lifestyle works for,” Labosky tells Fish Stripes.

While yes, his choice of housing is extremely unique, countless baseball players also sacrifice their comfort and financial security in pursuit of the major leagues. In an industry that barely pays non-premium prospects, it takes perseverance and creativity to beat the odds.

Duke, at the time, was a questionable choice for somebody with Labosky’s dream of playing this game for a living. He joined a program that had not won an NCAA Tournament game since 1961, a doormat in the ultra-competitive Atlantic Coast Conference.

Fast forward to his senior year and he's toeing the rubber in Game 3 of the NCAA Super Regional, one win from the College World Series.

“Duke at the time wasn’t really a baseball powerhouse,” Labosky says. “But with Coach [Chris] Pollard and the coaching staff he had around him, I could tell right away things were going to turn around...I would have to say that being an impact guy on a Top 25 team actually was something I envisioned. I guess its just not all that often that what you envision comes to fruition so perfectly.”

Labosky was one of the team’s most consistent hitters his sophomore and junior years, belting 14 home runs while driving in 90 runs and reaching base at an over .400 clip. He struggled at the plate in 2018, though simultaneously became a lights-out arm in Duke’s bullpen, honored as a third-team All-American closer.

On June 4, Duke defeated Georgia in Athens, GA to advance to the Super Regionals, but that was just an appetizer for the night: the MLB Draft was set to begin right after the game. Teammate Griffin Conine—son of longtime Marlins player Jeff Conine—got a phone call from the Toronto Blue Jays with his entire team surrounding him at a sports bar in Athens. In Labosky’s words, “it was a party after that.”

The team enjoyed the win and celebrated their teammate going 52nd overall, but Conine was just the first domino to fall during an exodus of Duke baseball products to the pro level.

The next day, the team headed back home on its chartered bus with their ringers turned way up. Jimmy Herron received a call when the Cubs selected him in the third round. Then Chris Proctor and Zack Kone, both in the 13th round. Closing out the second day of the draft for Duke was Ethan Decaster (18th round).

Labosky was ecstatic for his teammates, yet understandably nervous about his own future:

“All these guys are flying off the shelf, but my roommate [Mitch] Stallings and I don’t get picked Day 2 and we’re kinda bummed. We were just looking for the opportunity to get picked. I don’t have an agent and didn’t have one then, so the information I had of when I would be taken was as good a guess as anyone’s—no phone calls, nothing.”

With the draft weighing on Labosky entering the third and final day, he had to get out on the field for practice as a matchup with Texas Tech approached. He kept his phone in his back pocket, just hoping for good news.

Labosky missed the call initially, then frantically grabbed his phone and called back the unknown number. On the other end was the Tampa Bay Rays, who congratulated him and welcomed him to the organization as their 22nd-round selection.

“I immediately called my dad and when he answered, I got so emotional over the phone I couldn’t really speak,” Labosky says. “I just cried. It was like my lifetime of working and playing and everything from missing out junior year to not knowing until Day 3 finally, finally came together. It was unbelievable.”

Labosky signed for $3,000. He would’ve settled for anything in that moment—being able to call himself a “professional baseball player” was pure bliss.

Working exclusively as a reliever, Labosky was assigned to Hudson Valley, the Rays affiliate of the New York-Penn League. He performed well: 2.63 ERA, 1.12 WHIP in 27 2⁄3 innings. Next step figures to be full-season ball for the 2019 season.

Labosky was feeling great about his future...and then he started doing the math.

Skoolie on the way

Although Low-A Bowling Green is one step closer to major league competition, it’s in a different universe financially. Labosky would receive $1,100 per month during the five-month regular season. Unlike in Hudson Valley where players could lean on host families, he is now responsible for housing costs. And food. Bowling Green is not New York City, but you’d be hard pressed to find a city where 1,100 per month would cut it.

On top of those expenses, Labosky was not a scholarship player for the Blue Devils, which is not as uncommon as you may think. Division I college baseball teams are given a total of 11.7 scholarships to be split among 28 players, leaving most with a partial scholarship and many with no assistance at all. A private institution, Duke is among the most expensive universities in the country with an approximate $53,500 undergraduate tuition bill for the 2017-18 academic year.

Finding part-time work wasn’t realistic for Labosky. His class schedule started as early as 8:00 a.m., continuing through 1:00 p.m. That was followed by practice from 2-5, lifting weights from 5:45-7, plus a required six hours per week of study hall. Then you need to factor in the actual games and travel.

Labosky is so focused on staying afloat month to month that he can’t even begin to think about paying off that student debt. He likely won’t be able to make a dent in the loan until 1) he gets the call up to the major leagues, or 2) he quits baseball and looks for a real day job.

In an effort to control expenses moving forward, Labosky invested everything in a giant yellow school bus. He combined the $3,000 signing bonus with bartender and waiter earnings he racked up between the college and professional seasons. Along with his girlfriend Madi Hiatt, they are transforming it into an RV. You can follow the project on Instagram (@thegreatbusadventure).

So far, the bus has been repainted white. It’s also being retrofitted with a cozy kitchen, a double-sized bed, a comfortable shower with a tub for two, central air conditioning and heat. And of course, amazing views as it rolls across America. 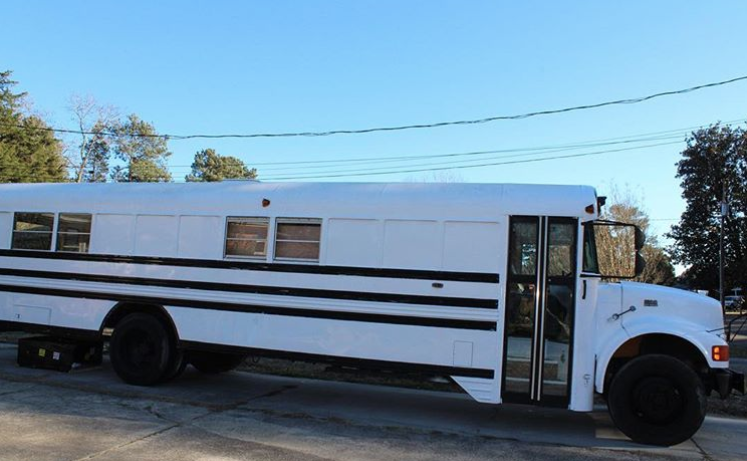 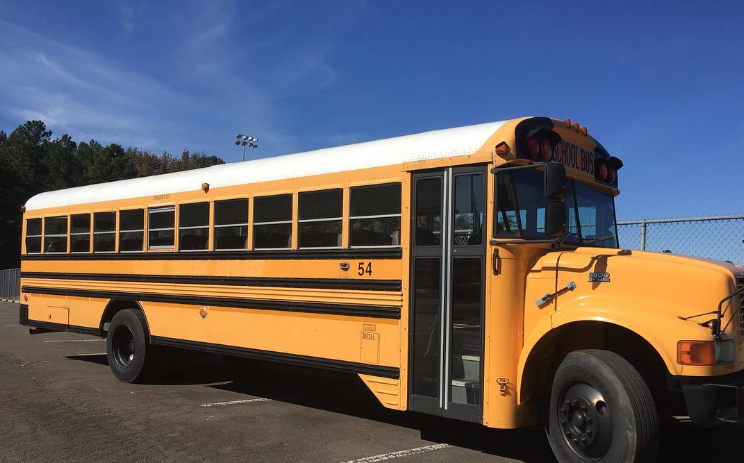 A lot of Labosky’s friends aren’t surprised that he would do something so bold. He just sees it as being fiscally responsible in an unpredictable business.

“Kinda gotta be mobile and ready to move when they tell you to,” Labosky says. “It gives me a little freedom to make my own decisions. It could be one year, it could be three. With the way baseball is, it’s just easier to do it this way.”

Now, one thing Labosky wants to make clear: he does not want your pity. He's living the dream in a flawed system, having fun and appreciating the public support.

Labosky’s story caught the attention of retired player Eric Sim. Sim is known for his candid and hilarious criticism of the Minor League Baseball system, as seen on our sister site South Side Sox and his Twitter account (nearly 14,000 followers). Now employed as a bar manager, he doesn’t hesitate to point out how fair wages have improved his quality of life.

Why I was broke as a minor league baseball player

At the end of the season, the real work for minor leaguers begins

So you think it’s easy being a (broke) minor league baseball player ...

To support professional players who are in an all-too-familiar position, Sim started a GoFundMe page. The first player he donated to was Labosky.

“I picked Labosky because that bus story is f***ing awesome,” Sim explains to Fish Stripes. “I had been in the minors for six years and never heard of that one.”

“I don’t understand how minor leaguers are the best talent of baseball players in the world and only can make $1,100 a month for only five months,” he continued. “I’ve seen minor leaguers—all talented—quit for financial reasons.”

As MLB Commissioner, Rob Manfred has been outspoken about changing baseball. Recognizing that football is established as America’s most popular sport with basketball rapidly growing, he knows our national pastime must adjust. Pace of play, defensive shifting, marketing individual stars, etc.

But one cause that Manfred has actively fought against is minor league compensation. Those embarrassing salaries that Jack Labosky and his peers put up with have barely budged in decades despite an influx of new baseball revenue. Fans are increasingly sympathetic to these athletes, and the athletes themselves are often forced to choose between their dream and their dignity.

This goes beyond the bank account, too. University of Oklahoma star Kyler Murray is leaning toward forgoing his baseball career in large part to avoid the minor league grind. The No. 9 overall pick in Labosky’s draft class has declared for the NFL Draft as well. He would be refunding the Oakland Athletics his multi-million-dollar signing bonus from last June in favor of football’s superior exposure and expedited player development system.

Just because some baseball players will stick with their childhood passion without expecting anything in return, it doesn’t mean that exploitation should continue.