On this date in 2018, the Marlins sent Christian Yelich to the Brewers in exchange for four prospects.

Share All sharing options for: Happy(?) anniversary to the Christian Yelich trade

“Regret” is not the right word. It’s too soon to regret a decision that was focused solely on long-term gains.

But one year removed from announcing the Christian Yelich trade, the Marlins must be frustrated. A new ownership group that has selected “We are not Jeffrey Loria/We are better than Jeffrey Loria” as an unofficial motto hasn’t fully convinced this fanbase. And Yelich is largely responsible for that.

To review, on January 25, 2018, these teams finalized a blockbuster:

It was well received by both sides! In concert with signing free agent Lorenzo Cain, the Brewers had declared themselves as true postseason contenders. Despite being just the third-most productive Marlins outfielder the previous season, Yelich clearly fetched the highest quality prospect package for a rebuilding organization starved for young talent.

The change of scenery initially went fine for the smooth-swinging 26-year-old. His .292/.364/.459 slash line during the first half—combined with quality defense at all three outfield positions—secured an NL All-Star selection. He performed especially well against his former club (.300/.382/.533) with Milwaukee winning five of the seven matchups.

But the narrative took a dramatic twist over the next few months. Forget All-Star: Yelich had an all-time great second half. He led Major League Baseball with 25 home runs in 65 games, not to mention three hits in the NL Central tiebreaker. The NL MVP voting was nearly unanimous. 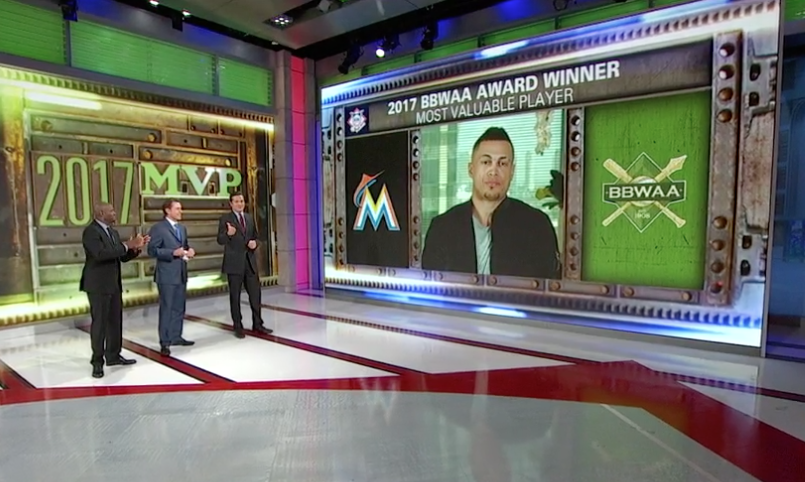 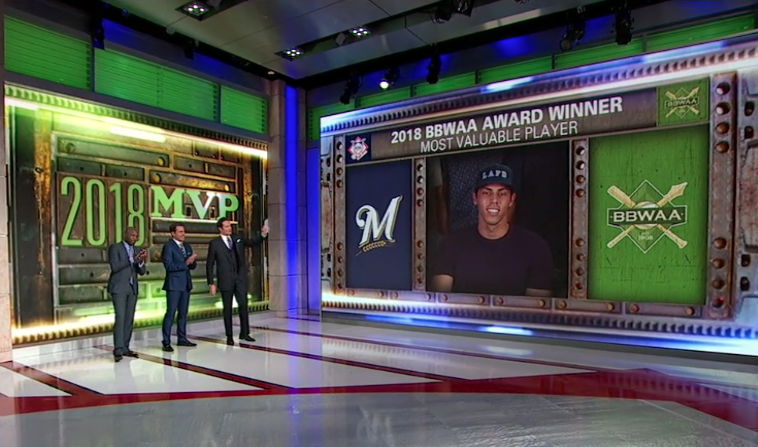 Meanwhile, Yamamoto was among 2018’s very best storylines on the Marlins player development side. His strong results with High-A Carolina prior to the trade translated to Jupiter, Jacksonville and the Arizona Fall League. The “throw-in” piece forced his way onto the 40-man roster this offseason.

There’s no longer doubt about whether the undersized right-hander will reach the majors, but if he has the command and durability to truly stick in the starting rotation.

Year 1 for Jordan Yamamoto in the Marlins organization, regular season and AFL combined

Joining him on the 40-man are Harrison and Díaz. The former led all Marlins minor leaguers last season in games played (136) and plate appearances (583), finishing second only to Peter O’Brien with 19 homers.

Although both players have intriguing overall skill sets, the critical “hit tool” is not their strength. Reaching their ceilings would give the Fish two long-term building blocks. However, another scenario still exists where they struggle to make enough contact to justify everyday roles.

That gets us to Lewis Brinson. He is a wonderful ambassador for baseball in the South Florida community, a great Instagram follow...and a potential first-round bust.

His outfield defense as a rookie was encouraging.

But that’s inconsequential if he doesn’t improve at the plate. Brinson batted .199/.240/.338 (56 wRC+) over the course of 406 plate appearances. A query of all players in MLB history who performed like him at a comparable age paints a bleak picture; Álex González shouldn’t be seen as a positive outcome for somebody recently projected for stardom.

The Marlins are partially culpable for Brinson’s turbulent campaign, refusing to option him to Triple-A despite fundamental issues with his swing path and timing. It took a July hip injury to force him out of the lineup.

You may recall, the Coral Springs native thrived during his first Marlins spring training. The assessment of his offense doesn’t change unless we see 2019 regular season production (no guarantees that he even cracks the Opening Day roster).

The initial reaction to the trade is still accurate: trading Christian Yelich brought a hyper-talented group of controllable players back to Miami. That being said, if given a re-do, I imagine the Marlins would have been more conservative with an emphasis on high-floor, surefire major league contributors, rather than leaning entirely on those with volatile profiles.