What goes up, must come down.

Tuesday night, Drew Steckenrider was called upon in a non-save situation against the New York Mets in the bottom of the ninth inning. Steckenrider notched the first two outs of the inning with ease, before he allowed a walk to Austin Jackson. Kevin Plawecki followed Jackson with this:

Thanks to a timely home run from JT Riddle, the Plawecki blast didn’t put the game out of hand. This was no isolated incident for Steckenrider, marking the third time in his last five outings that he allowed two or more earned runs.

In 1686, physicist Sir Isaac Newton came up with three laws on how things move. Newton proffered his third law as such:

...for every action (force) in nature there is an equal and opposite reaction.

For the next 332 years, humans would jam this circle through a square hole until Newton’s Third officially transmogrified into “What goes up, must come down.” And since then, Newton’s Third, in its simplest form, has been used to describe many phenomena outside of the world of physics, frequently incorrectly so.

Which brings us to the 2018 Marlins. Given the state of their roster, there were many questions surrounding who on the Opening Day roster would still be wearing orange and black at the end of the year. Two of those question marks belonged to Kyle Barraclough and Drew Steckenrider; high-leverage, late-game relievers who had definitely shown flashes of dominance, but had also faltered down the stretch. With relievers of this caliber always coming at a premium at the deadline, the Fish Faithful imagined what a haul for either pitcher would bring to their rebuilding team.

Those question marks only got bigger as both pitchers excelled in the first half of the season. As the trade deadline drew near, both Barraclough and Steckenrider only got progressively better, performing above and beyond their perceived ceilings. More contending teams turned their gaze to the Marlins, creating an opportunity to flip them for incredible young talent.

But the Marlins’ eyes may have gotten too big for their stomach. Despite fielding offers, the Fish never got to trade the two relievers (although they did deal Brad Ziegler for D-backs’ prospect Tommy Eveld). In a deadline that saw old friend Brad Hand, Jake Diekman, John Axford, Brandon Kintzler, and Aaron Loup on the move, Barraclough and Steckenrider remained with the Marlins, with a prospect yield of zero.

Since then, Barraclough and Steckenrider have regressed considerably from their very impressive, first-half stats. To caveat, there are obviously other factors at play such as sample size and injuries that make a direct comparison between their first and second half stats unreasonable.

Rather, the reason for this article is to highlight different first-half trends for each pitcher that many of us on the outside watched climb a slippery slope. For each reliever, it was something different, but as the first-half wore on and each reliever’s respective stats further improved, it became increasingly imperative that the Marlins trade Barraclough or Steckenrider—if they so desired—before what went up, finally came down.

For Kyle Barraclough, it was Batting Average on Balls In Play, better known as BABIP. BABIP tells you exactly what the name says; out of all of the people to put a ball in play, how many of them reach base. By itself, it’s not more descriptive than its little brother, regular Batting Average. Instead, it’s more of a barometer of truth, used in conjunction with other statistics to see whether a player’s performance is sustainable or not.

I like to think of BABIP as the love child of Newton’s Third Law and baseball statistics. A term often associated with BABIP is “regression toward the mean,” which Wikipedia describes as such:

In the first half of the season, Barraclough accrued an ERA of 1.28, which was good enough for fourth-best among MLB relievers with at least 40 innings pitched. ERA is important here, because a pitcher’s ERA is also partly contingent on the quality of defense behind him. Of the same group, Barraclough also walked the second-highest percentage of batters in the first half, at 13.5%; this caused his FIP to bubble up to 3.63.

At the time, it didn’t matter how he was doing it. Barraclough was doing his job. Those who like to look at the bottom line may have felt extremely comfortable with Barraclough’s performance. For others—like myself—who can’t help but look at the process, it became glaringly clear that Barraclough was flying by the seat of his pants.

Credit where credit is due; for June, both fielding-dependent and independent metrics agree that Kyle Barraclough was untouchable. However, after a bumpy start in March and April, Barraclough lived dangerously for 11 innings in May. At the end of June, Barraclough had the fourth-lowest ERA in the league among relievers with 30 innings pitched, in large part because he owned the lowest BABIP in the league at .103. The second-lowest BABIP belonged to Sean Doolittle, at an insane .73 points away.

So we go through the factors to try and deduce what Barraclough was doing to keep his ERA and BABIP so low. Quality of contact? Out of the 122 MLB relievers with 30 innings pitched, Barraclough ranked 66th in most soft contact, and 85th in least hard contact. Those ranks are not by any means noteworthy. He didn’t have inordinate ratios of ground balls or fly balls either. Thus, unfortunately, it seems that Barraclough’s success was more the result of good defense and luck than anything else.

Let me reiterate that Barraclough’s absolute dominance in June was very much a product of his own doing. He ramped his K rate up to 31.6%, while limiting his BB rate to just 5.3%. With that said, when the walks came back and the strikeouts disappeared, Barraclough depended on his defense to get the job done.

If Barraclough actually played a bigger role in his BABIP suppression—if he actually succeeded in creating soft contact—then he might have been able to take control of his own fate and sustain his success down the road. But since this wasn’t the case, it was almost inevitable that his luck would run out. As soon as the calendar flipped to July, the chariot turned into a pumpkin and the regression began.

And thus the anxiety on the part of Marlins fans was justified. In the first half, as the season crawled, Barraclough’s stock skyrocketed as his ERA and FIP plummeted. It was almost as if the Marlins were in a race against time; the longer they waited to trade Barraclough, the more they risked his suitors hedging their bets against his impending regression.

Ultimately, the Marlins couldn’t get a deal done. Barraclough threw 3 2⁄3 more innings in July and 4 1⁄3 in August before he went down with injuries.

Hindsight is always 20/20, but if the Marlins had any real plans to trade Barraclough, it might have behooved them to make a deal while the gettin’ was good, regardless of whether he was bound for regression or not.

Unlike his partner in the bullpen, Steckenrider’s BABIP hasn’t been the statistic to watch. In the first half, his BABIP hovered around a not-ideal, but pretty average .308. Despite pumping his ERA up by about three points from the first half to the second, the BABIP has only increased to .319

This season, Drew Steckenrider has drawn more success from his fielding-independent attributes than his ability to force soft contact or elicit outs through a certain batted ball. That held true in the first half, as Steckenrider maintained a 2.97 FIP - good enough for 21st in the MLB among relievers with 40 IP.

Steckenrider’s June is what is commonly referred to as an anomaly; despite allowing 16.1% more hard contact than his next highest monthly rate, Steckenrider didn’t allow a single earned run. He actually recorded his lowest monthly BABIP. The Marlins defense was either pumping on all cylinders, or Steckenrider didn’t change his underwear all month.

But like I said, Steckenrider’s success is less contingent on the batted ball, and is more centered around FIP and the three true outcomes (the walk, the strikeout, and the home run). Although FIP is a rate stat, because of the disparity in first half and second half sample size (42.2 IP v. 17.2 IP), it is sort of unfair to compare the two outright. Nonetheless, something other than inflation is to blame for Steckenrider’s first-half FIP of 2.97 to translate into a second-half FIP of 5.65. Let’s look at Steckenrider’s three true outcomes:

In the first half, Steckenrider’s walk percentage was 11.2%. This half, he has only walked 8.8% of his batters. This isn’t the culprit for the FIP inflation.

That leaves us with home runs. Without even looking at the numbers, process of elimination should tell us this is the root of the problem, and it is. Over 42 2⁄3 first half innings, Steckenrider allowed just two home runs. In just 17 2⁄3 in the second half, he has allowed five.

Type of contact, rather than quality of contact, seems to be the catalyst for the jump in home runs. He’s actually reduced his hard hit percentage by about 5%. On the other hand, Steckenrider has halved his groundball-to-fly-ball ratio, causing 12.9% more fly balls in the second half than he did in the first half.

Home run percentage doesn’t necessarily follow physical rules like Newton’s Third or statistical trends like BABIP tends to do, but the storyline for Steckenrider proceeds similarly enough to that of Barraclough. He was another attractive asset that Marlins fans constantly worried about regressing. Allowing a cool zero runs in June was enough in the minds of fans to trigger a big haul from a contending team.

However, like Barraclough, the Marlins held on to Steckenrider. To their chagrin, Steckenrider has struggled as of late, particularly with the long ball. This may be why: 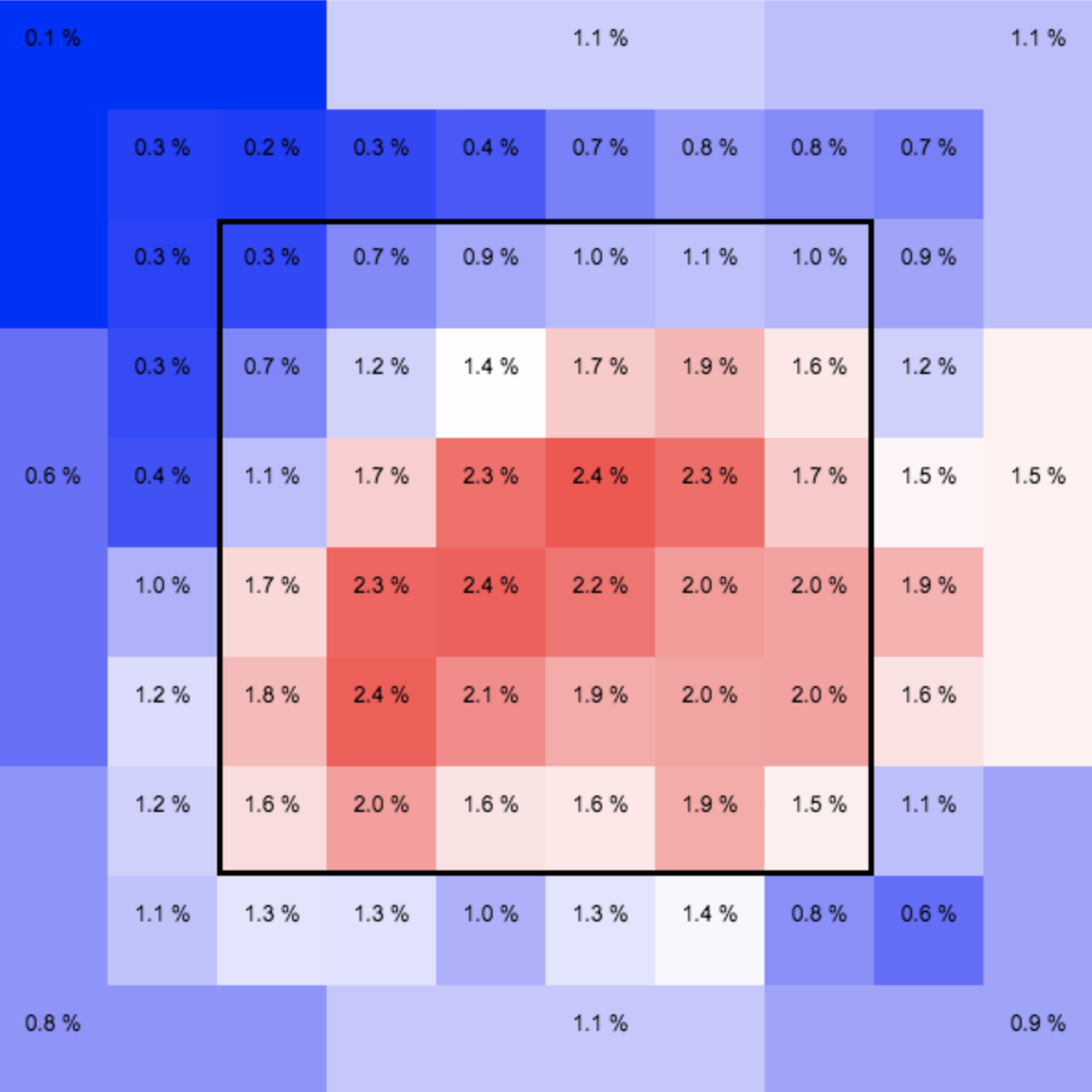 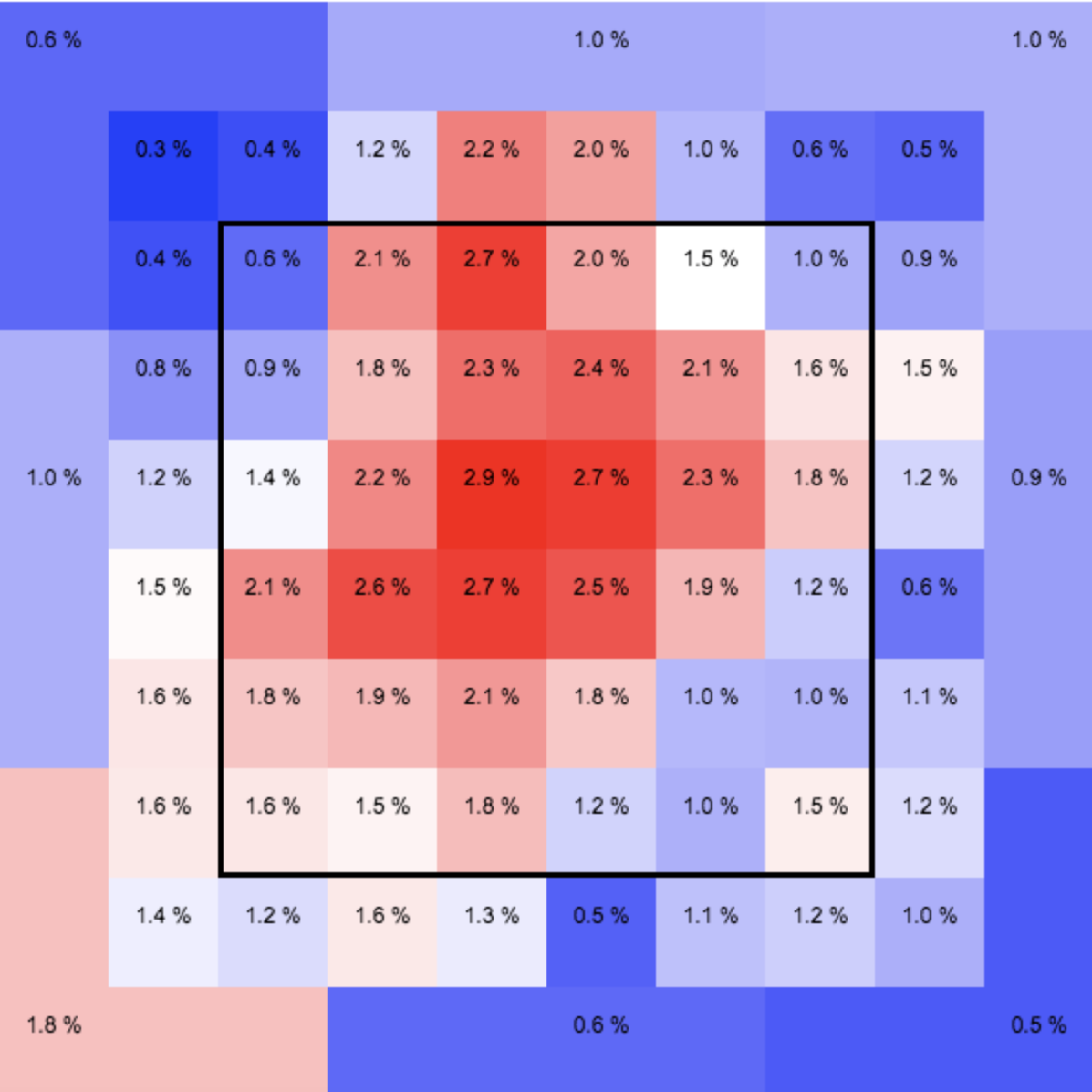 Ultimately, I still think it’s unfair to criticize the Marlins brass for not trading either Barraclough or Steckenrider based on their second-half performances. First of all, both are young, controllable relievers with potential spots in the rebuild process. Barraclough will just become arbitration eligible this offseason; Steckenrider not until 2021.

Second of all, the Marlins were holding out for a comparatively large haul for either reliever, and rightfully so. Brad Ziegler was easy to let go for one prospect because the Marlins got to shave $3 million off the payroll, while clearing a spot for another young pitcher. On the other hand, giving away a controllable pitcher like Steckenrider or Barraclough for a rental price would have been foolish. The Marlins were right to dig their heels in and wait for the right package for either guy. There’s no harm in not pulling the trigger; the Marlins live to fight another day.

Steckenrider and Barraclough are both excellent relief pitchers. Working out the late-season kinks is something that many relievers deal with in their developing years. As more pitchers like Pablo López, Trevor Richards, and Tayron Guerrero come into their own, the infrastructure of the pitching staff and bullpen will only get stronger. Steckenrider and Barraclough are excellent pieces to build around. If they can put their second-half woes in the rear view mirror, they could easily have the Marlins in the driver seat in the coming years.