Can the lefty craft his way into the rotation?

A career in baseball has a funny way of working itself out for some players. Some people spend their entire life toiling in Triple-A, waiting for just a sniff of The Show. Others start the year in Double-A and miss three months with a freak injury before debuting in September.

The latter was the case for Dillon Peters in 2017. After a slew of injuries and disappointments, the lefty Peters received the call and stepped into the rotation at the end of the year for the then Flounderin’ Fish.

But he didn’t just step into the rotation. In a statement of a debut, he pitched seven scoreless and struck out eight before the bullpen lost the handle on a 2-1 loss to the Philadelphia Phillies. He went on to pitch well in his next two games - allowing only 3 runs to the Washington Nationals, and then recording a quality start against the Phillies in another late inning barnburner - before teams found the book on Peters and made him pay his dues. He ended the season on a high note however, earning his first and only Major League win against the Atlanta Braves. He pitched 5.2 scoreless and struck out four.

How did Peters find his way to Miami in 2017? By posting impressive numbers in the minors. When he returned in July from a thumb fracture, Peters reassumed his post as the ace at Double-A Jacksonville. His numbers in Double-A and the year before in High-A Jupiter give us a glimpse of what Peters may bring to the table as a member of the rotation. Peters’ impressive ground ball rate in the bigs was no fluke; he posted ground ball rates of 46% last year in nine games at Jacksonville, and 59.1% in 20 starts at High-A in 2016. And although his major-league ERA and FIP indicate that he was relatively overmatched by major-league hitting hitting, said batted ball stats translated into ERA’s of just 1.97 and 2.46 and FIP’s of 2.57 and 2.53 in Double-A 2017 and High-A 2016, respectively. With increased command and a big-league defense behind him, he may reap the fruits of his ability to force ground balls in due time.

Circling back to HR/FB, in stark contrast to his inflated MLB rate, Peters allowed home runs on just two percent of his fly balls at Double-A Jacksonville, and just 3.3 percent of his fly balls in High-A Jupiter. Thus, there’s reason to believe that his HR/FB last year was inflated by a host of factors; not only more quality hitting, but also sample size and perhaps some [allegedly] juiced baseballs. On the other hand, a combination of factors substantially raise Peters’ ceiling; if he can continue to keep the ball on the ground, as well as let the cavernous Marlins Park work its magic on him, Peters can prove to be frustrating to many lineups.

But it all depends on Peters’ command. As a lefty standing at just 5’9”, Peters really needs to focus on developing pinpoint command. With a fastball that, according to Brooks Baseball, averages out at 91.69 MPH, and a league chock full of right-handed hitters, the ability to hit spots and mix pitches is paramount for Peters to achieve success. Mixing pitches isn’t the problem for him; according to Brooks Baseball, while Peters did throw his fastball close to 50% of the time, he also mixed in the curveball at 37.38%. And while last year his fastball was worth 2.4 runs below average, his breaker was worth 2.2 runs better than average. He knows where he gets his bread and butter.

Thus, it boils down to location for Peters. As you can see from the graphic below, Peters’ ability to spot his pitches varied drastically between his fastball and his curveball: 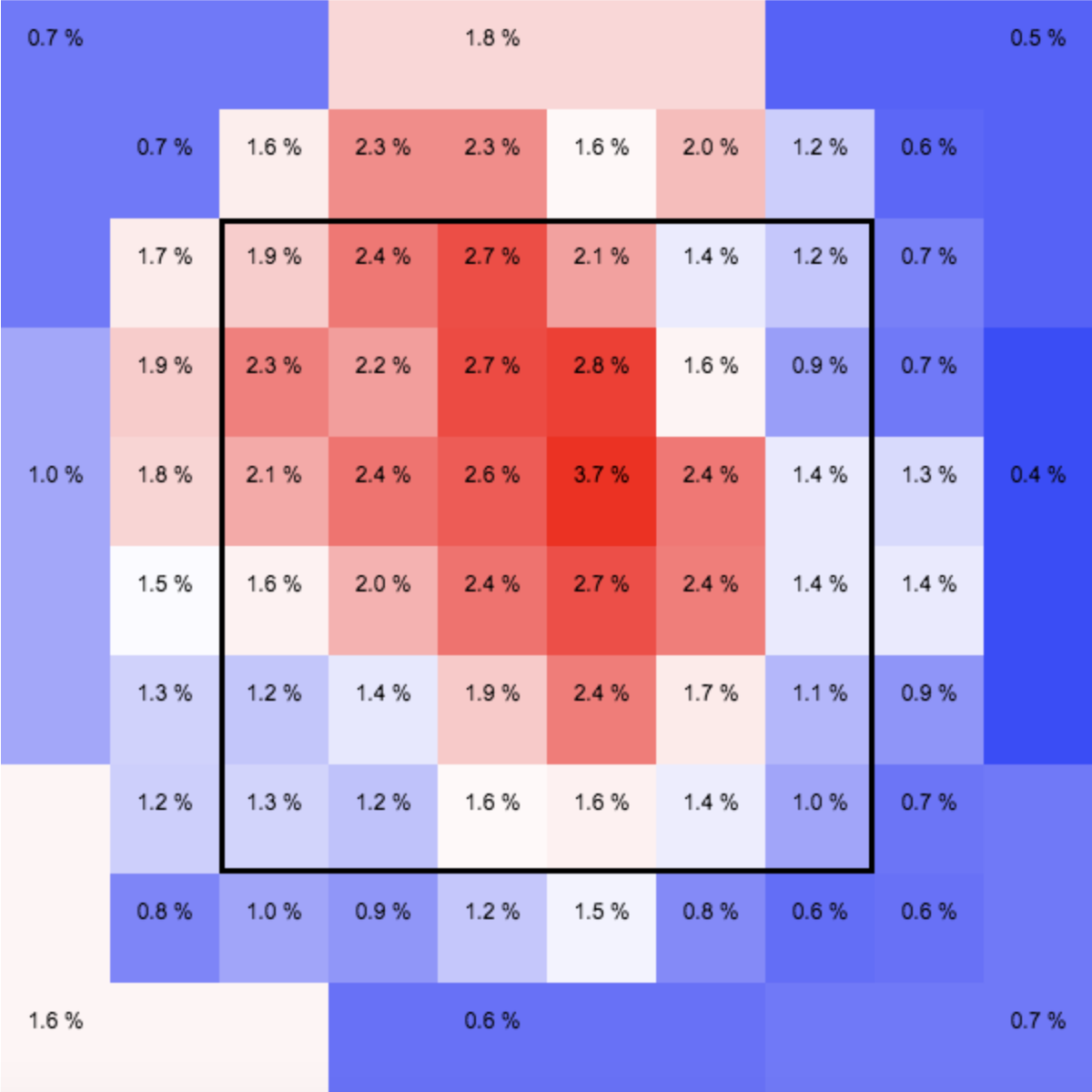 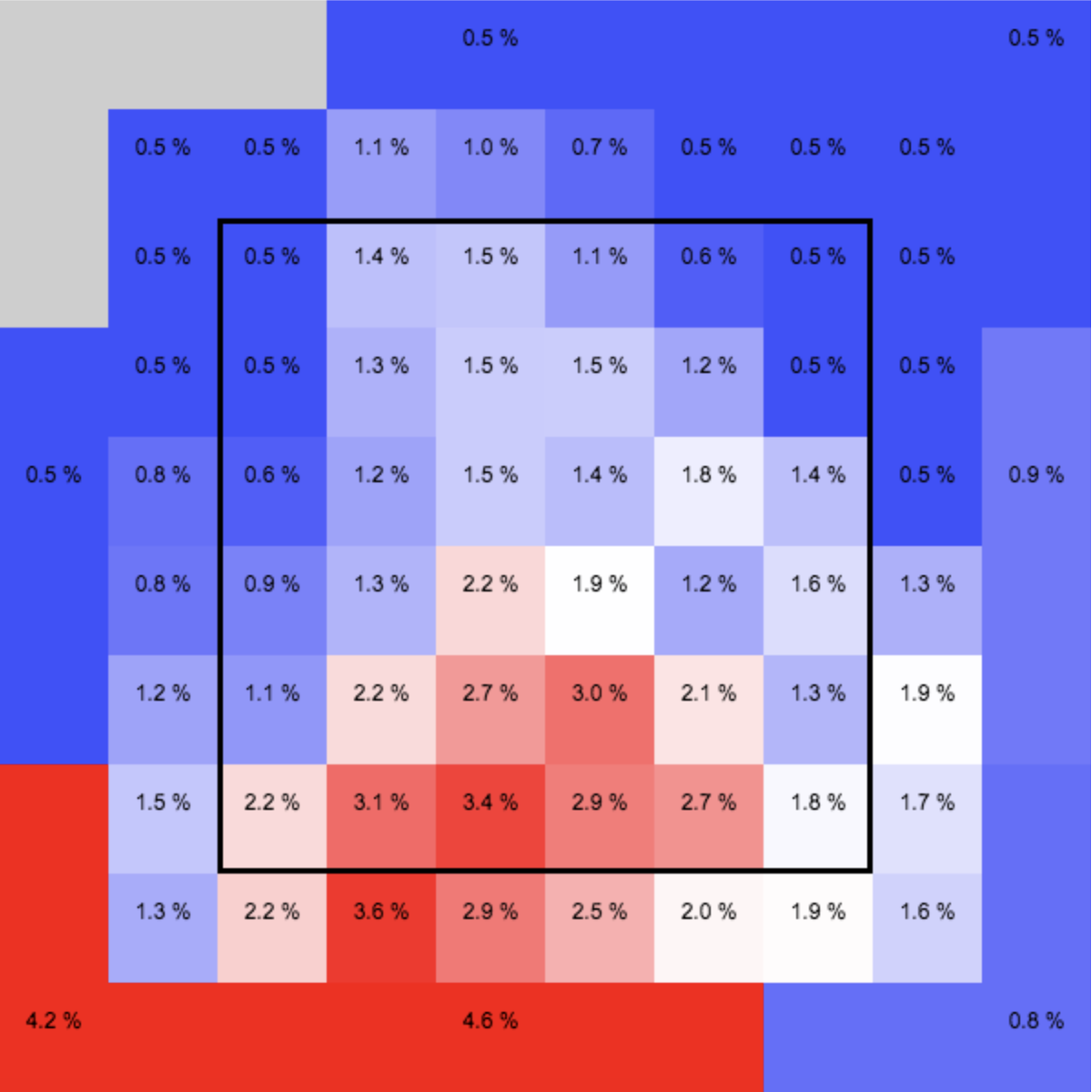 At 92 MPH, a pitcher can’t afford to leave the fastball up in the zone. Peters is no exception. The more that Peters can learn how to work low, in, and out with the fastball, the more effective his already impressive curveball becomes.

So “Dilly Pickz” is going to have his work cut out for him this Spring: he needs to prove that he can execute a game plan, as well as keep the ball on the ground and in the yard. He will get plenty of chances to prove his worth - he is already slated to get the first start of Spring Training this Friday against the St. Louis Cardinals. And although it looks like - with three rotation spots hanging in the balance - the door may be wide open for a guy with MLB experience under his belt to secure a spot, it’s also worth noting that the 25 year-old has only started 13 games at Double-A, and has never thrown a pitch at Triple-A. It cuts both ways; if Peters has an impressive Spring, he may get the chance to start the season in the bigs. He might take his lumps, but he’ll build some character along the way. On the other hand, the Marlins would also be justified in hanging onto the service time, and letting him mature his command in Double or Triple-A. In a pinch, he could be called back in Miami in no time.

Although projection systems predict a full season for him, I don’t think Peters makes the rotation for Opening Day. It’s a really close call for me - Peters is a dude, and his profile is high floor, but I really think there’s no need to rush him. Just because expectations are low this season doesn’t mean that the Marlins can afford to bring him up and throw him to the wolves. Big league at-bats matter, and prematurely promoting a pitcher just to potentially let him get knocked around can do damage to his confidence. #Re2pectTheProcess, Embrace the Build; Peters should start in Triple-A where he can tinker with his command against replacement-level talent. From there, it shouldn’t be long at all before we see him back on the bump in Miami.