After two months, more data is in on Adeiny Hechavarria's defense and the results still pose serious questions about how effective he is at shortstop.

The Miami Marlins appear to be interested in staying as competitive as possible in the years to come in order to retain Giancarlo Stanton. The club believes it has a competitive team in south Florida and may only need to fill a few holes here and there. Their first point of interest appears to be pitching, and they have interest in free agent James Shields. They might even raise payroll to fill those holes in the roster.

In discussing what holes the roster had, I got into an engaging conversation with reader Michael Grifasi on Twitter. He brought up the need to replace first and second base more than starting pitching, and I of course brought up the horror that is Adeiny Hechavarria. We discussed his merits briefly, wherein Mike's argument was that Hechavarria is doing just enough offensively and playing stellar defense, so he was acceptable at this point.

While this may not speak of Mike's thoughts on Hechavarria, there is a definite contingent of Marlins fans that are enamored, like the Marlins' front office, with his defense and are apologetic for his offense, citing his batting average as signs of improvement. There is an equally strongly-voiced contingent on the opposite end, of which I am a part, that thinks more like fellow Fish Stripes reader Jigokusabre. On the Hechavarria supporters, Jigo had this to say: 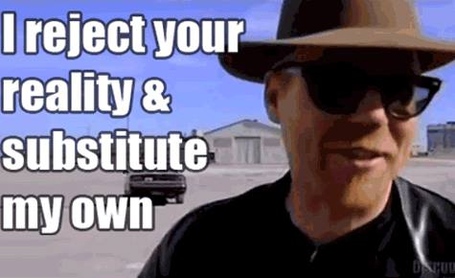 The essential argument boils down to how good Hechavarria is defensively, as defending his offensive performance is a fool's errand. Almost exactly two months ago, I embarked on a scouting-based attempt to evaluate Hechavarria's defensive contribution. The goal was to figure out what the scouting data had to say about his game. At the time, we were seeing that the scouting data was also mixed on his performance, but it was trending towards a more positive result. But the numbers presented by the defensive zone metrics were hard to deny.

How bad are those numbers? I looked at the data from 2012 to 2014 for all shortstops who had played at least 2000 innings at the position. A total of 25 players showed up on the list. I looked at three measures of defense; UZR, DRS, and the Revised Zone Rating numbers that are provided by FanGraphs.

UZR and DRS have their own methods of evaluating defense, but the basics are simple. In any given area of the field (or zone), for any given type of ball in play, the average number of plays made by defenders are calculated. Then every time an individual defender like Hechavarria makes or doesn't make a play, he is credited for that many plays above or below average. For example, if the average shortstop makes a play on a certain type of ball in a certain area of the field, like grounders up the middle, 50 percent of the time, then Hechavarria gets an extra 0.5 plays made when he makes a play up the middle. If he fails to make a play, he gets 0.5 plays less than average for missing that ball.

Revised Zone Rating measures that in a more conglomerate fashion. A position is given a "zone of responsibility," and plays are made or not made in that zone. The stat also tallies any added plays made out of the zone of responsibility. This represents the simplest way to do a zone metric: Hechavarria is given the same area of the field that he is responsible for as every other shortstop in the league, and we simply tally plays made in that zone and plays made out of the zone.

What do the Revised Zone Rating numbers say? Here are the top five and bottom five shortstops since 2012 in terms of plays above or below average per 1200 innings (approximately a season's worth of plays).

This sample, which encompasses 2300 innings and change of Hechavarria's play, says that about every year, Hechavarria would miss 13 plays that an average shortstop would make. Essentially, that's the polar opposite of what Alexei Ramirez would allow.

Unsurprisingly, this supports the zone metric data that has Hechavarria among the worst shortstops in baseball the last three years. But does the metric make sense on a grand level? If we look at the names at the top of the list, it makes perfect sense. The reigning 2013 Gold Glove winners (knowing full well that the Gold Glove can be a questionable assessment of defensive ability) are among the top two names. Two other names are backup-quality hitters who only stay in the Majors because they are elite defenders. The last one is Ramirez, who has grown a good reputation at short.

The bottom of the list rightfully has Jeter, who is unequivocally not a shortstop anymore. But it also contains the 2012 Gold Glover Rollins and 2011 Gold Glover Aybar. So there are questions on how bad all of the players are in this sample. But with the exception of only a few names, this methodology more or less points out the players who are also not rating well with the statistics. Furthermore, many of the names do make sense. The majority of the players at the bottom are older shortstops who may need a move off of the athletic position very shortly. The presence of over-30 guys like Jose Reyes, Rollins, and Jeter make complete sense if you consider the potential for their skills eroding before their reputation catches up.

So what is Hechavarria, a 25-year-old with a great reputation, doing hanging out with these geezers? Could there be something that the stats are missing? The statistics are best-guesses at the difficulty level and classification of balls in play, so it is not an exact science. But the other stats do agree with Hechavarria's bad play.

This remains in contrast with the work from Inside Edge fielding, the other scouting-based statistics that FanGraphs offers. There, it appears Hechavarria is still at least among the top 10 players in terms of making routine and non-routine plays.

That list appears to confirm some of our Revised Zone Rating data, as you can see that certain older shortstops like Peralta, Rollins, and Jeter have obvious issues with balls a little further out of reach, while the elite guys like Simmons and Hardy are near the top of the list. But it still shows Hechavarria performing a little better than average in both categories (league average on routine plays was 97.5 percent, on non-routine plays it was 47.3 percent).

So after two months and extra work, we still have no idea where Hechavarria stands defensively. Based on this new scouting data, he certainly seems to be closer to average than elite, which makes the negative defensive zone rating numbers weigh a bit more heavily. At this stage, I would be willing to say he is slightly below average at the position based on all of the data we have seen. But he is certainly not Andrelton Simmons or J.J. Hardy, and that makes his value to the Marlins very questionable, and this should be an area of improvement going forward.