The Miami Marlins recently celebrated the tenth anniversary of their 2003 World Series win, but in a lot of ways, that team is a distant memory in the minds of current fans.

Share All sharing options for: Miami Marlins' 2003 World Series is a distant memory

The Miami Marlins celebrated the tenth anniversary of the 2003 World Series championship season last week on Sunday, and it brought back a lot of familiar faces. Mike Lowell, Luis Castillo, Ivan Rodriguez, and even a video message from Miguel Cabrera graced our presence. For fans who were there and knew the team at the time, I am certain it was a fantastically fun time for all.

But amid the celebrations, there were some interesting comments made by former manager Jack McKeon about how the franchise's 2003 World Series win did not resonate with the current team. We discussed what McKeon meant about the team's current culture, but I want to look at it from a different angle. In many respects, that 2003 championship seems like more of a distant memory to the franchise than anything else. It is not just because the Marlins failed to win it all again, or that it occurred ten years ago. The Marlins themselves have made that championship a distant memory, because the club right now does not closely resemble that team at all.

One of the problems of the 2003 championship team is that, in subsequent seasons, there was little continuity from that group. In 2004, six of the team's eight regular starters and all but one of the team's rotation from 2003 returned, but there were still important cogs missing. Derrek Lee was traded and Ivan Rodriguez signed elsewhere. In 2005, six starters and Jeff Conine returned, but only two pitchers from 2003 rotation were back (A.J. Burnett was out most of 2003 with an injury, but he was present in 2004 and 2005).

Of course, the fire sale occurred after the 2005 season, and after that point, only two Marlins, Cabrera and Dontrelle Willis, were left from that core. Three seasons after the champioship, much of that team was gone.

As a comparison, you can look at other teams and see if they maintained their continuity. A look at the 2006 World Series champion St. Louis Cardinals reveals a couple of familiar names from nowadays. The 2011 champions had Albert Pujols, Chris Carpenter, and Yadier Molina still on the team from the 2006 champion squad. Adam Wainwright would have been on the team as well had he not missed all of 2011 with an injury. At least four players from that 2006 team remained on the 2011 roster five years later, and three of those players are still Cardinals. In contrast, five years after the 2003 championship season, the Marlins had no remnants of that squad left on the team. 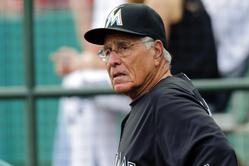 Former Marlins manager Jack McKeon sounded as though he was critical of the current team's "culture" that led to the firing of Tino Martinez.

Not only did the franchise lack continuity in terms of personnel, but it also failed to gain traction because it did not repeat its competitive ways. The Marlins went 83-79 in each of the next two seasons, ending the year nine games behind the Wild Card winner in 2004 and six games behind in 2005. Granted, the Marlins were reasonably close heading into September, but in both seasons their competitive abilities fell by the wayside.

The lack of a repeat performance from the Fish hurt the credibility of the 2003 championship team. Without at least challenging for a playoff spot in the next two years, they appeared to be more of a "fluke" than a good team. That reputation sticks, even among Marlins fans who are more jaded than excited normally. Much like with the 1997 team, failure after success, even modest failure like the 2004 and 2005 teams, left the 2003 championship team feel like a forgotten outlier.

The Marlins' brass likes to wax poetic about the 2003 championship team and its "pitching and defense" philosophy, but much of that was not evident in the teams that followed that one. The pitching staff continued to be a strength, as the Fish stockpiled young talent in trades and in the draft that panned out in the 2006 era Marlins. But this defensive philosophy on which they prided themselves was a farce. The Fish were regularly among the worst defense teams in baseball during the 2006 era, and the Marlins constantly made decisions that went against the defensive grain. For example, they played Jorge Cantu at third base because he hit better than their other options, but he was a terrible third baseman. The Fish continued to play Mike Jacobs for as long as humanly possible. The franchise chose to play Logan Morrison in left field and play two first baseman for two and a half years before fixing their mistake.

But that would have been fine had the Marlins done what once built that 2003 team: develop from within and supplement from outside. The 2003 squad was mostly an internally-developed team, but they benefited from the free agent signing of Ivan Rodriguez. The 2006 era team was also internally developed, in the sense that the majority of its talented players were cost-controlled and young. Had the 2006 era teams been supplemented with free agent signings rather than being left to fend for themselves, perhaps the Marlins could have remained competitive beyond 2009 and erased the afterthoughts of the fire sale. Had those teams been competitive, we would have remembered the 2003 team as the blueprint of the current team.

Alas, the Marlins skimped on the 2006 era rosters, citing heavy operations losses that may or may not have happened. The 2006 era teams never did anything beyond 2009, and the debacle of 2012 has only further buried the memory of 2003. That team may have been fluky, but it was also a great memory for Marlins fans. It is a shame that we cannot see parts of it, whether it is in players or even in ideals, in today's team. We are left with just empty celebrations of a long-ago past.