In one of yesterday's articles, Fish Stripes reader Plaz mentioned the thing that has been on everyone's mind since Christian Yelich debuted a couple of nights ago versus the Colorado Rockies.

will Yelich still be allowed to travel with the team or will he only be allowed to play in home games so he can be back in homeroom the next morning. Why are you still using his class picture from 10th grade here?

This is all meant to say one very obvious thing: Christian Yelich is young. 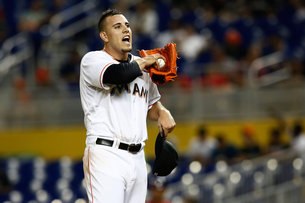 That's a young player, but look at the girth he has picked up along the way and, more importantly, look at that face! That's the face of a warrior ready to take on all comers on the mound. "Bring out your best," Fernandez yells to the opposing dugout*.

*Of course, I could have also shown this picture that still shows Fernandez's softer side of youth.

Now look at this face. 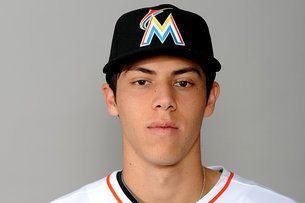 Yelich looks like a disinterested sophomore in high school getting a yearbook photo taken. Not only is he babyfaced, but he is also highly apathetic. It's as though he's saying "Man, what a waste of time, bro."

Come to think of it, most of our available pictures here at SB Nation have Yelich looking like a high schooler. 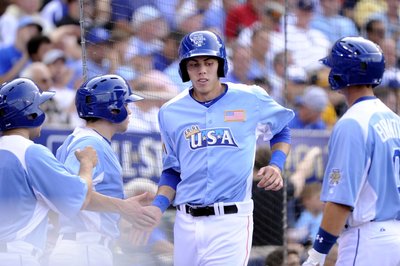 As Yelich comes around to score, he is quietly contemplating what his mom will make for dinner later tonight. I hope it's spaghetti and meatballs, Yelich thinks to himself. 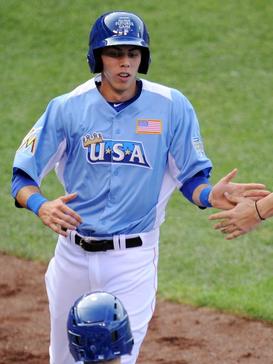 Does high school Yelich ever smile? You just scored a run, kid, live a little!

Is he one of those apathetic kids in high school who is all "been there, done that" when it comes to baseball? Or is it that his strict father told him in Little League that baseball is serious business and that he's out there to play, not enjoy, the game? I can totally relate to that, man. 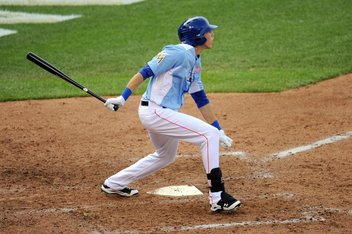 Another reason why Yelich looks like a high schooler is his lanky frame. Look at those arms! My parents tell me I need to work out, but the heaviest thing I lift on a daily basis is my lab coat. This kid's carrying wooden bats and the hopes of a franchise. 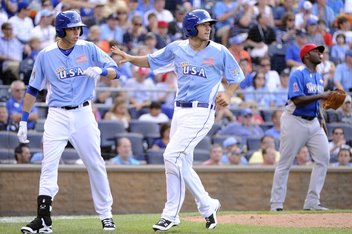 One of his bros, Detroit Tigers prospect Nick Castellanos (aka Castle) also could afford to hit the gym. Maybe he and Yelich (aka Ill-ich, as per Castle) can partner up. My high school had a weight training class (and if you've ever met me, you'll know I never used it). 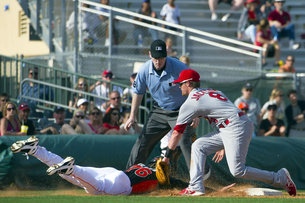 There's Christian, diving around on the field with no regard to his mom's laundry. Those clothes won't clean themselves, young man! 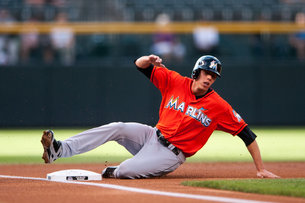 It's OK, he just had a fall, and his mom will surely check on the "owwie."

We kid here because we are excited about Yelich. If anything, it's good that he looks as scrawny as he does right now. That can only mean that, if anything, he may grow into a bigger and better player in the near future. So eat your spinach, young man, and you can take on the role of helping carry this Marlins franchise into the future!