The Miami Marlins drafted Colin Moran in the first round of the 2013 MLB Draft, and his selection was perfect in more than one way.

Share All sharing options for: 2013 MLB Draft: The importance of Colin Moran

The Miami Marlins were slotted to pick sixth in the 2013 MLB Draft, and at their position, they were expected to take a player who was toolsy but perhaps not as developed as some of his peers. Before the draft, a lot of prognosticators had the Fish picking either a high school outfielder like Clint Frazier or Austin Meadows or Braden Shipley, a college starter from the University of Nevada who was playing a light dual role as both the Wolfpack's shortstop and a bullpen pitcher on the side.

But it was no secret that the Marlins desired a college player, and they were lucky to find one when they finally did make their draft selection. The Marlins selected Colin Moran of the University of North Carolina, and instantly Marlins fans rejoiced. The majority of prognosticators expected Moran to be gone within the top five picks, leaving the Marlins out in the cold and forced to draft either a more raw player or reach on a polished but lower-upside college bat like D.J. Peterson. Instead, the Marlins got the player most considered one of the elite players in the draft; Perfect Game's Allan Simspon, over at Baseball Prospectus, ranked him the sixth-best prospect in the draft.

The MLB draft is all about picking the best player available, if only because there is no guarantee that players will fill the slots that you are expecting when you select by need. But as Fish Stripes prospect maven Eric Weston mentioned in his MLB draft day one recap, the Moran selection happens to coincide not only with the "best pick" portion, but also with the "need" issues the Marlins face.

Detractors will label this selection as a safe, low-upside pick. There may be a grain of truth to that notion, but I firmly believe that Colin Moran was the best player available on the board. It is merely incidental that Moran projects to reach the majors quickly, and fills a strong organizational need for corner infielders.

Moran not only represents the latest nice Marlins prospect, but he also is expected to fill a crucial role in the major leagues quickly. The Miami Marlins have been bereft of third basemen for a very long time, and before the Moran selection, the future at the position was quite murky. Zack Cox figured to play a role at the position, but for a college bat, he was not close to ready for the majors last season and appears to be heading to Triple-A next year after repeating Double-A this year. Derek Dietrich could have been slotted at third base, but Dietrich himself had some questions and may have also been needed at second base, where the Marlins also lack significant options for the future. 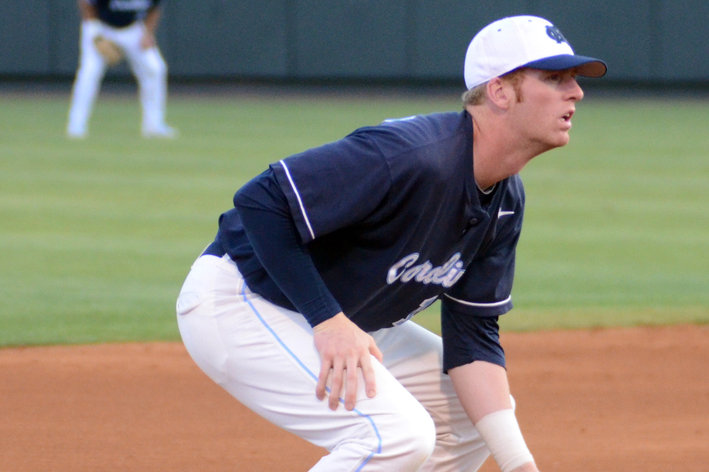 The 2013 Amateur Draft has come and gone, but how did the Marlins fare with their selections who are likely to have a huge impact on the franchise going forward?

Now the team can breathe knowing they have a plan for third base after this season. Colin Moran is as polished a college bat as they come. He was well regarded for his advanced plate approach, as he hit the peak of his abilities this season with 55 walks in 301 plate appearances along with just 20 (!) strikeouts. That is an impressive 0.36 strikeout-to-walk ratio, especially for a corner infield bat. Moran's ability to avoid strikeouts will leave him less prone to fluctuations in BABIP, making him a more consistent hitter.

This concept that he is polished has extended to making him seem "low-upside," but that does not seem proper for a 20-year-old top draft prospect. Moran has increased his power at the plate this season, and while he does not profile as any more than 15 to 20 homer guy in the big leagues, that might be more than acceptable given the rest of his skills. The concerns have been about whether he may not improve much, but the important thing is that he is already playing at a high level now and needs very little additional seasoning.

That plays into the other part of the benefit of Colin Moran: he should be ready soon. The Marlins attempted to draft a player who would be major-league ready fast last season, as Andrew Heaney's selection was unorthodox for the Marlins. It was unorthodox because the Fish are used to drafting prep players and allowing them to stew in the minors, but Heaney was a selection who would be ready for some major league play as early as 2014. Heaney is on track right now to get a late 2014 cup of coffee with the off chance that he dominates Double-A and sees midseason play.

Moran has the same advantage, as he is a polished college player who is almost ready to enter the big leagues. Moran's readiness appeals to the Marlins exactly because they lacked options at the position. The Fish have a year to test out guys like Cox, but they can be fairly certain that their future third baseman will be ready for a possible 2015 call-up to take over the position. That timetable coincides nicely with the rest of the flood of talent the Marlins have coming up from the minors, as guys like Heaney, Justin Nicolino, Jake Marisnick, and Adam Conley might all be on their way at around the same time. If a number of these prospects pan out, the Marlins could have the makings of a competitive team almost ready.

Of course, this is all dependent on Moran staying at third base for the foreseeable future, and there have been some questions about that. As far as I have seen, however, it appears as though he has improved enough to be able to stick at the position. Eric thinks he will stick at third, and here's Simpson on the matter:

Moran has put to rest any notion that he lacks the quick-twitch actions to remain at third base in the long run. He has committed just four errors this spring, while posting an impressive .983 fielding average, and his hands and release have become much more sure. While he continues to get to considerably more balls in both directions than he once did, he still needs to refine his actions laterally.

While that review is not glowing, it is good enough to keep him at the position, assuring the Marlins that they did not draft a first baseman by accident.

Many of Moran's perceived weaknesses turn out to be actual strengths for the Fish as they went for a second straight season of "safe" first-round picks. Moran may have a lower upside than others, but his floor is that of perhaps the safest selection of this year's draft. That selection just happens to also be at a major position of need for the Marlins and allows them to confidently fill that gap for the future. The Marlins also ended up with a college player who figures to move fast through the organization, giving them less time for bad stopgaps like Placido Polanco or questionable options like Cox.

In short, the selection of Colin Moran could not have gone better, as the Marlins may have found the perfect fit for them in terms of best player available, need, and readiness for the majors. Expect big things from this Tar Heel prospect.