The Marlins were shutout 3-0 by Cliff Lee because, of course, did you really expect something else to happen?

The Marlins played a baseball game on Wednesday evening against the visiting Philadelphia Phillies. They lost said baseball game 3-0, managing just three hits off wealthy person Cliff Lee in the process. I will now attempt to summarize this type of game that has been summarized quite a few times already this season.

Hey, have I made a donuts/shutout reference in a Fish Cap this season? I have? SEVEN BILLION OF THEM? Well, I'm gonna have to get some new material or maybe the Marlins can start managing to score runs on the days I'm responsible for the Fish Cap. Why do they not score any runs on the day I'm supposed to write a review of the game? Am I cursed? Do I ask too many questions? 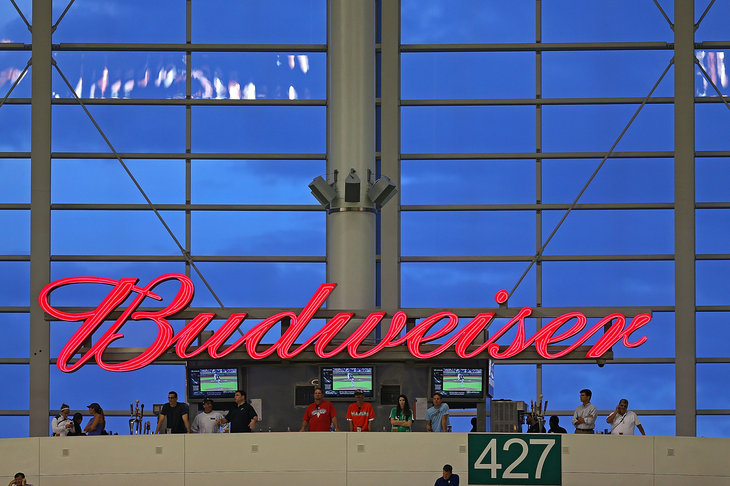 Fish Stripes breaks ground with a cutting-edge bromatological analysis of how stadium food affected the on-field performance of the Miami Marlins.

Adeiny Hechavarria hit leadoff for the Fish. Entering the game, he had an OBP of .246. His 0-for-4 performance on Wednesday will drop that number. Hechavarria should probably not be the leadoff hitter in a major league order. He's arguably the worst leadoff hitter the Marlins have had since Billy the Marlin broke character, grabbed a bat and screamed "IT'S MY TIME TO SHINE" before being restrained by ballpark security.

Steve Cishek threw an inning of scoreless relief in his first appearance since the Fish decided to go "bullpen-by-committee" which is a sub-concept to the "roster-by-committee" they have implemented this season.

Kevin Slowey threw six innings, allowing just one run and striking out six Phillies. Unfortunately, that wasn't enough. Kevin Slowey is having a pretty good season. The Marlins took a flyer on him over the winter and so far it's paying off. It's very likely that he's a pitcher who can help a contender for the stretch run, although don't expect the Fish to get anything of real value in return for him.

The Fish have an off day on Thursday before starting a three-game series with the White Sox in Chicago on Friday. I don't have a joke about Chicago or the upcoming series so feel free to make one in the comments if you'd like.