The Miami Marlins finally found their runs, as the Fish get a home run and explode later on for a five-run seventh inning to clinch their first win of the season against the New York Mets.

The Miami Marlins found their stash of runs, and it was apparently hidden underneath the New York Mets in Citi Field. The Marlins exploded for a five-run sixth inning, and the Fish added insurance runs that they apparently all needed, as the bullpen slowly began surrendering what begun as a 6-0 lead.

The Fish started the game with a Greg Dobbs home run, but it was the seventh inning that opened up the game, as the Marlins sent nine batters to the plate and drove in five runs. Hits by Placido Polanco, Justin Ruggiano, and Rob Brantly along with a series of mess-ups by the Mets led to a five-run inning that blew the game wide open, 6-0. Ruggiano provides offensive sparks by shooting two doubles in the game and driving two runs in along the way. 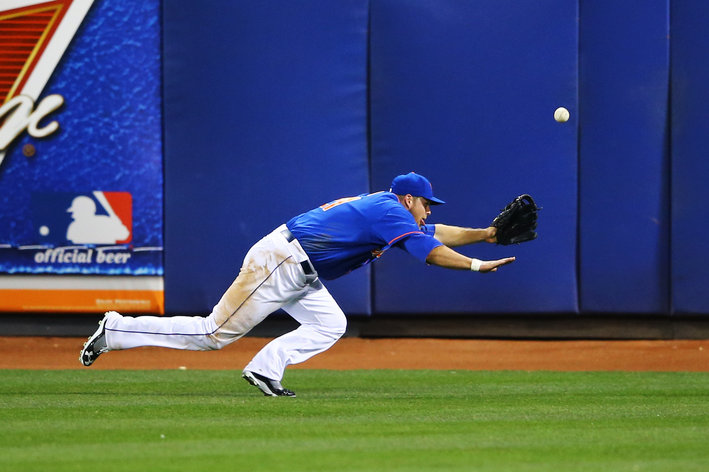 Alex Sanabia shut down the Mets in his six frames and Jeremy Hefner nearly matched him, a second inning solo home run to former hated Phillie and current hated Marlin Greg Dobbs being the only blemish on his ledger.

One would think that, for the Marlins, a 6-0 lead would be more than enough, thanks to a solid, if defensively-influenced performance by Alex Sanabi. But for the Fish, tonight that was almost not enough. Daniel Murphy launched a three-run home run off of Chad Qualls and cut the lead in half. Then Steve Cishek leaked two more runs on two hits after staking a 7-3 lead. Cishek finally finished off the inning, collecting two impressive strikeouts along the way, but the Marlins still gave their fans plenty of palpitations before clinching their first win of the season.