The Miami Marlins have called up Marcell Ozuna and Brad Hand in response to Giancarlo Stanton's and Joe Mahoney's injuries during Monday night's game.

The Marlins fifteenth inning walk-off against the New York Mets last night should have been a joyous victory for the team, but the occasion was sobered by the news that Giancarlo Stanton and Joe Mahoney have been placed on the disabled list. The front office responded by calling up outfield prospect Marcell Ozuna and left-handed starter Brad Hand.

Giancarlo Stanton injured his hamstring while running hard to beat out a groundball during the tenth inning. This news comes just as Stanton was beginning to hit well again, and represents a major loss for the struggling Marlins.

The Marlins could not have picked a better time to add Ozuna to their roster. He was named the Southern League Hitter of the Week yesterday, after absolutely ruining the baseball in Double-A Jacksonville for the past ten days. He has hit .333/.383/.810 for the Suns so far this year.

Fish Stripes ranked Ozuna as the fifth best prospect in the farm system this off-season, praising his tremendous power, but also noting his weakness at pitch recognition. Ozuna has trouble identifying pitches outside the strike-zone, which major league pitchers will undoubtedly exploit. He has reduced his strikeout rate over the last three seasons, but still struck out in 21.5 percent of plate appearances last year. 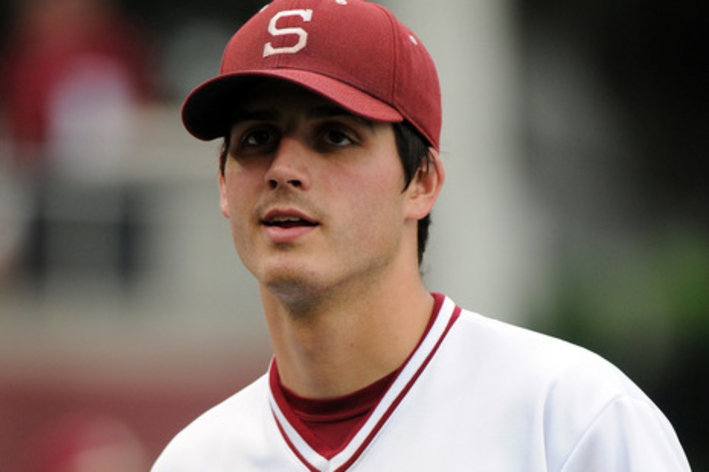 The Miami Marlins will enter the June 6th First-Year Player Draft with their best draft position in five years. Will the front office continue its recent string of success?

Ozuna is a strong defensive outfielder, displaying good speed, and bearing exceptional arm strength. His speed translates well to the base-paths too. The 22-year-old holds a career 83 percent stolen base success rate.

This website also listed Ozuna's teammate and fellow outfielder, Christian Yelich, as the second best prospect in the system. Yelich is altogether a better and more polished hitter, and far more prepared to face advanced pitching. Unfortunately, he is not on the 40-man roster. The Marlins were left with Marcell Ozuna and Kyle Jensen as their only options to replace Giancarlo Stanton.

Neither Gorkys Hernandez, Bryan Petersen, nor Kevin Mattison are currently on the 40-man roster. The front office's decision to squeeze in as many pitchers as possible has seemingly come back to hurt them.

Marcell Ozuna possesses incredible talent and remains an exciting part of the Marlins organization, but he needs an additional one to two years in the minors to refine his skills at the plate. When he is ready, Marlins fans can expect a solid everyday player with All-Star potential.

First basemen Joe Mahoney was also placed on the disabled list with an injured hamstring. Instead of calling up another infielder, the Marlins chose to bring in left-handed starter Brad Hand. He should allow the Marlins bullpen to recuperate after last night's marathon game. The 23-year-old has a 2.00 ERA in 27 innings pitched for Triple-A New Orleans this year. Hand pitched 60 innings for the Marlins back in 2011, where he posted a 4.20 ERA, with 38 strikeouts and 35 walks.