Marcell Ozuna won the Southern League Hitter of the Week award, the Grasshoppers suffered back-to-back painful losses in a doubleheader, and Adeiny Hechavarria made his first rehab start after his elbow injury.

Despite good performances from Christian Yelich and Marcell Ozuna, the Suns scored only one run against the BayBears. Derek Dietrich went hitless for the second day in a row, although he still has an excellent .279/.410/.488 line on the season.

Adam Conley seemingly couldn't get batters out, allowing nine base-runners in three innings pitched. Consequently, the left-hander's ERA rose to 5.14 for the season. 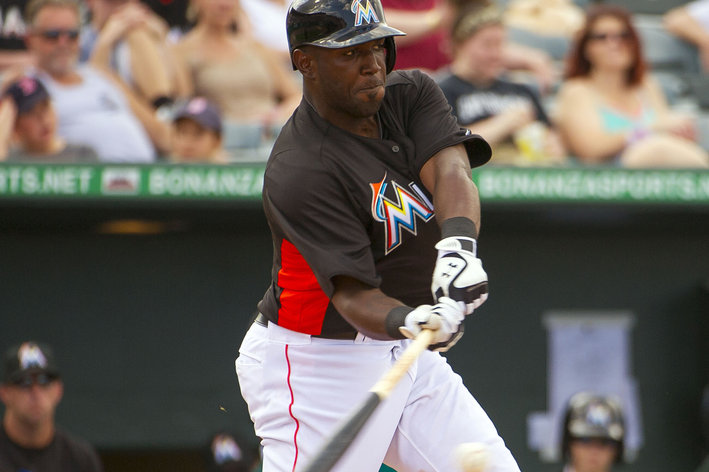 The Miami Marlins have called up Marcell Ozuna and Brad Hand in response to Giancarlo Stanton's and Joe Mahoney's injuries during Monday night's game.

Anthony DeSclafani managed to contain the Blue Jays to one run, despite allowing nine hits in five innings pitched. Twelve days after being sidelined with a bruised elbow, Hechavarria returned to live baseball to play for the Hammerheads, reaching base once on a double.

Starter Drew Steckenrider pitched one of his best games in his professional career, striking out eight Braves batters, and allowing only two base-runners. Unfortunately, the Grasshoppers bats were largely silent, failing to score at all.

The Grasshoppers offense bounced back after being shutout in game one of the doubleheader, but it was not enough to overcome Austin Brice's poor start. Brice allowed ten hits Monday, after having not allowed more than three in any of his previous starts. His three strikeouts represented a season low for the right-hander. The seven earned runs raised his ERA on the season to 6.53.