The Miami Marlins looked hapless at the plate versus Gio Gonzalez and the Washington Nationals' pitching staff despite a decent effort from starting pitcher Kevin Slowey.

If you were not paying close attention, you might find the Miami Marlins' 3-0 loss to the Washington Nationals tonight an almost mirror image to the 2-0 loss they suffered on Opening Day. The Fish got a decent effort from their starting pitcher, as Kevin Slowey made his return to the majors. Slowey threw 5 1/3 innings for the Fish and struck out four batters in his outing. His only major blemish came in the fifth inning, when opposing Nationals starter Gio Gonzalez hit a solo home run that put the Nationals up 1-0. Following the home run, Slowey allowed two of his three walks and left the game in danger of allowing another run, as he left a first-and-third situation with just one out. Ryan Webb delivered on a ground ball double play and kept Slowey's involvement to just one run.

Unfortunately for the Marlins, the Nationals' offense built up two more runs on extra-base hits and small amounts of runner movement, while the Fish were incapable of moving runners or bringing anyone home, leading to them being shutout for the second straight time to begin the year. The Marlins had baserunners on six of the nine innings, but in each and every case, the Fish failed to bring any of them home. 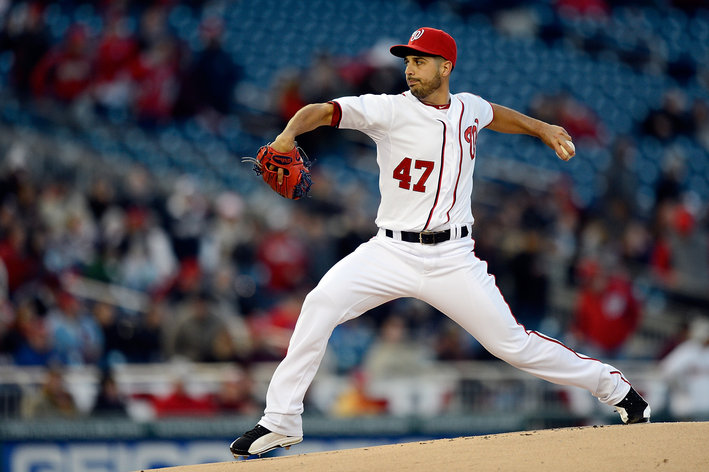 The most egregious failure occurred in the fifth inning, when first baseman Casey Kotchman came up with runners on first and second and no one out. Kotchman grounded to Gonzalez at the mound and instigated a 1-6-3 double play that hampered the Marlins' chances of scoring. Also on the play, Kotchman injured his left leg while running out the ground ball.

The Marlins will attempt to score a run and avoid a sweep tomorrow afternoon, 4:05 PM EST against the Nationals.