Does trading a superstar like Giancarlo Stanton ever work out?

The Miami Marlins will have to trade a superstar in Giancarlo Stanton in the near future. Does this move ever pay off for teams?

Earlier today, I discussed the concept of trading star players in their primes and how teams are never going to get substantial value compared to just attempting to retain the player and build around him. This is relevant for the Miami Marlins because Giancarlo Stanton is almost sure to be traded within the next year or two at most, Stanton is a walking trade rumor even this early in the 2013 season, as teams are lining up to hand their prospects over for one of the best young players in baseball.

Stanton, Cabrera, and the question of trading superstars 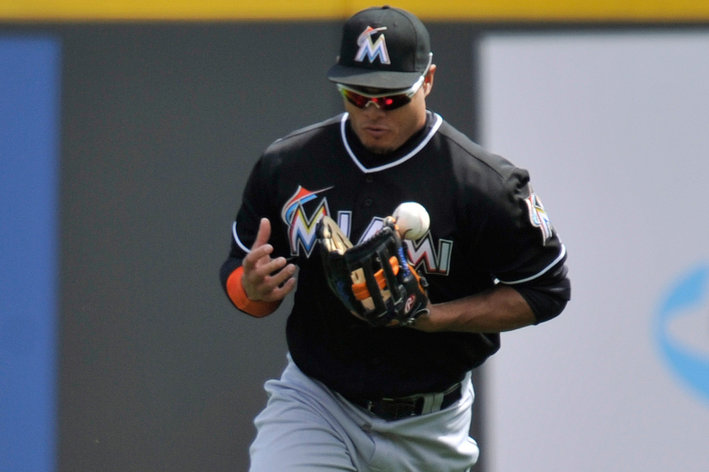 The Miami Marlins are going to trade Giancarlo Stanton, like they traded Miguel Cabrera. The question is whether that is ever worth doing.

Marlins fans have seen this before. It is difficult to remember the Miguel Cabrera trade, but Miggy himself brought it up a few days ago in thinking about being traded to the Angels instead. The Miguel Cabrera trade is proof of the earlier article: the trade looked like a good return initially, but Cabrera took off while the prospect lottery tickets of Cameron Maybin and Andrew Miller did not. That memory is fresh in the heads of Mar;ins fans and is the reason why we are dreading the day Stanton is dealt.

But that article assumes that all superstar trades do not work out, that teams rarely find value for these sorts of deals. But is that true? If you consider Josh Beckett a superstar (and the Boston Red Sox paid a superstar's price for him in 2005), then that trade worked out in spades for the Marlins, as they received six-plus years of a superstar in Hanley Ramirez and a solid contributor in Anibal Sanchez.

Let's examine a number of trades of star players that occurred after the Cabrera deal and see if the returns have been decent after the fact. Keep in mind that many of these trades were considered decent returns for the player involved.

This trade was special among the superstar deals in that it occurred in the expiring year of Sabathia's team control. Thus, the return was likely going to be smaller, but the big prospect that came back to the Cleveland Indians was LaPorta, who was at the time the 23rd-ranked prospect in baseball.

This return, of course, failed the Indians in the sense that LaPorta never panned out and is in danger of being a Quad-A slugger forever. Michael Brantley has become a nice player, so I guess that is something, but the return was supposed to be so much more than what the Indians actually received.

This was considered a poor return for Lee, but it did contain some of the Phillies' best prospects. In fact, technically all of these guys were top-100 prospects before the 2009 season, led by Carrasco at 52nd according to Baseball America.

Of course, none of them turned out to be any good. Knapp had elbow issues and has not pitched for Cleveland since 2010. Donald is destined to be a career backup infielder. Marson is similarly destined to be a backup catcher. Carrasco had a terrible year in 2011 and spent all of 2012 injured. This was a complete failure for the Indians.

These three were top prospects for the Phillies organization and represented the last of their depth after the Lee trade. These were their best talents, however, headlined by Drabek, who was a former first-round pick. Drabek was the 25th-best prospect by Baseball America, while Taylor was the 29th and d'Arnaud the 81st.

Of course, d'Arnaud turned out to be the best prospect, and he is still a prospect right now, this time for the New York Mets organization. Drabek had a struggle in the majors in his first call-up and is now rehabbing after Tommy John surgery. Taylor was flipped to the Oakland Athletics for Brett Wallace, but then he stalled in Triple-A and has not been heard from much since. This one is a mixed bag and is still up for review, but the thought is that the return fell short of expectations.

This was considered a poor return for Lee, and it has turned out to be that way. Aumont was the best prospect involved, but there were concerns that he would not handle being a starter for much longer, and sure enough, in 2011 he was converted into a full-time reliever, much to the chagrin of Phillies fans looking to get value out of the second Cliff Lee trade. The other two prospects did not make the majors and may very well not see the light of day. Given what they gave up to get Halladay, a comparably skilled starter, it seems odd that they took this package from the Seattle Mariners back.

That is just a small sample of the numerous trades involving legitimate star players in the last few seasons. One more trade, the Justin Upton deal, remains to be evaluated, though the consensus was that the Arizona Diamondbacks did not get enough for him. A few other deals involved prospects for players below the level of "star," including guys like Carlos Beltran (dealt by the Mets for Zack Wheeler despite having only half a season left to play), Michael Bourn (never considered a "star," but a highly-productive player), and Hunter Pence (the same, expect traded twice).

The one thing these trades have in common that is different than what the Marlins are facing? None of these players are under long-term team control. With the exception of Upton, most of these players had less than two years left before free agency, so it was much easier to expect a lower return from the players they got back in the trade. Stanton is in line to get a much larger return than Lee, Halladay, or Sabathia. Indeed, if he is traded at the end of this season, he should get an even larger return than Cabrera and Dontrelle Willis received in the Tigers trade. His situation is highly unique because he is a superstar with potentially three arbitration years remaining, with salaries akin to Upton's but regarded with more talent.

We can compare other superstar trades of the past, and they have varied in return, though many have been disappointing. But Stanton is expected to be a better player than Upton is or Josh Beckett was when he was dealt with three arbitration seasons left, and he is being traded earlier than even guys like Cabrera and Mark Teixeira. Stanton may be in his very own category in terms of a trade, and no comparison may do the return (or the disappointment of the return) justice.