The Miami Marlins and Cincinnati Reds got the pitching duel they were supposed to see yesterday, as Kevin Slowey and Mat Latos held down the offenses. Justin Ruggiano hit a go-ahead ninth inning home run against Aroldis Chapman to win it.

The Miami Marlins and Cincinnati Reds finally found the pitching duel they were promised last night when top prospects Jose Fernandez and Tony Cignari took the mound. Tonight, it was Kevin Slowey and Mat Latos that delivered the masterful pitching performances, though one pitcher clearly dominated over the other. Slowey performed well, striking out four batters and giving just four hits and one walk in his six innings of work. But Latos crushed the Marlins' anemic offense, striking out 10 batters and walking one while giving up six hits. Latos was on fire, and this game had the makings of yet another difficult Marlins late-game loss.

But as the bats remained quiet against the team's respective bullpens, a hero for the Fish finally emerged, and it was not surprising to see who stepped up once again. It was not Giancarlo Stanton, who played in his second game back from injury. Stanton failed to deliver runs for the Marlins tonight, going hitless and striking out twice in four plate appearances, including a crucial sixth inning ground out on a drawn-in infield with Juan Pierre at third base. That play alone cost 12 percentage points on the Marlins' chances of winning the game. 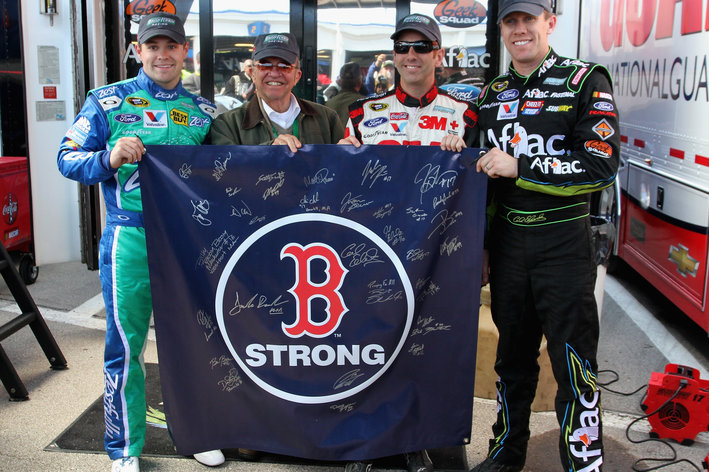 Bill Welke held low strikes in contempt tonight, and while that's his prerogative, it may well have changed the game.

No, it was Justin Ruggiano, one of the team's only decent hitters to start the season, who bailed the Marlins once again. Facing one of the most intimidating mound presences in baseball, the Cuban Missile Crisis himself, Aroldis Chapman, Ruggiano took a 3-1 fastball at 94 mph and sent it to the center field wall, where it just barely got into the seats behind the wall. That gave the Marlins the 2-1 lead, and despite a leadoff single by Zack Cozart in the bottom half, Steve Cishek did enough to comfortably close out the Marlins' fourth win of the season.

The Marlins and Reds will do battle again tomorrow afternoon, 1:10 pm EST start time. It will be Wade LeBlanc taking the bump for the Fish.