The Miami Marlins are looking to bolster their struggling bullpen, and they made a move to do so. The team signed former Seattle Mariners closer David Aardsma to a minor league contract.

The Miami Marlins are well aware of their bullpen struggles to start the season. Heading into last night's game against the Philadelphia Phillies, the team had a 6.07 ERA in the pen and a 4.65 FIP, both numbers ranked in the bottom ten in the league. The team has already been linked to interest in Francisco Rodriguez, and now the team has done something more concrete. The Marlins signed former Seattle Mariners closer David Aardsma to a minor league contract. 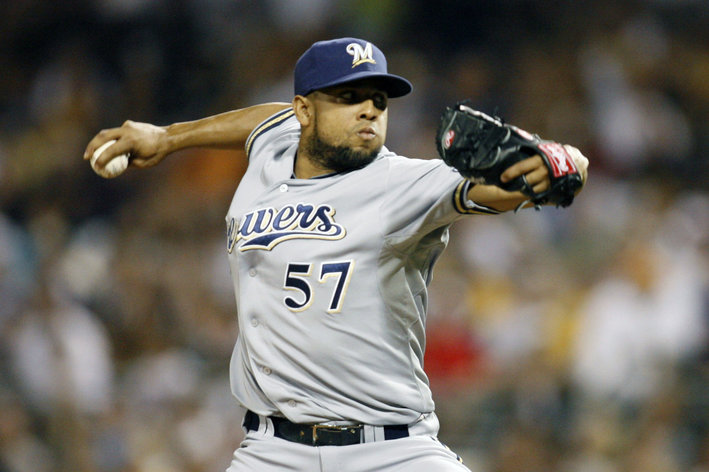 With the Marlins seeking bullpen help, the team is among many rumored to be interested in Francisco Rodriguez

Aardsma was the full-time Mariners closer from 2009 to 2010 and had some variable success. On the one hand, he threw 121 innings and saved 69 games with a 2.90 ERA. On the other hand, his 2009 season looks like an outlier compared to his career 4.22 ERA and 4.28 FIP, and his 2010 season ended with Tommy John surgery. Since his surgery, he has thrown just one innings with the New York Yankees.

Aardsma will start in Triple-A New Orleans, but chances are he may get a shot at the majors if the team sees him succeed in Triple-A. The Fish are not short on right-handed relievers, but with the struggles of young relievers (A.J. Ramos) and the plain nature of some of the veterans (Chad Qualls, John Maine) may entice the team to give Aardsma a shot. The righty used to throw in the mid-90's and his disadvantage of fly balls is diminished playing in Marlins Park, but do not expect him to contribute a significant change to the bullpen in 2013.

More on Marlins news and rumors from Fish Stripes: