A weekly glance at each of the Miami Marlins' minor league affiliates and what notable events have happened in these team's last seven days.

Triple-A New Orleans: New Orleans finished this last week winning three out of five games. Having rainouts seemingly everywhere they went, it was a miracle the Zephyrs managed to get on the field five times. The star of the week for New Orleans was probably Tom Koehler, who threw six shutout innings on Tuesday. Top prospect Jacob Turner had two awful starts, allowing five earned runs on Sunday and not making it through three innings on Friday. He left the game with a leg injury after being hit by a line drive Friday night. Thankfully, an X-ray showed it was just a bruise. I would expect Turner to be back in action for his next start. Nick Green had a big week at the plate raising his batting average to over .340. 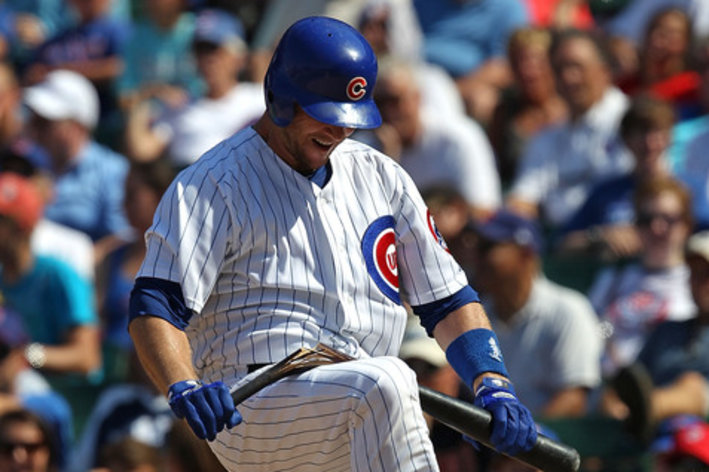 Koyie Hill is among a few of the new names over at Triple-A New Orleans.

Double-A Jacksonville: The Suns went 3-3 this last week. On Sunday, Adam Conley twirled five no-hit innings, striking out eight and not walking one. Zack Cox had a nice little week, he was 6-for16 even when the rest of his lineup couldn't seem to get on base. Arquimedes Caminero pitched four shutout innings of relief in the last week and Michael Brady recorded a save.

High-A Jupiter: Jupiter was 0-5 in the last week, continuing their losing streak up to seven. Jupiter is one of the lone teams in the minors which has yet to win a game. On Monday and Wednesday, Jupiter lost two games by one run, failing to get a run on the board. Ryan Rieger and Noah Perio have continued to hit, but it seems they don't have much help around them. Jose Urena threw six innings of one-run ball on Wednesday, striking out seven and not walking one.

Low-A Greensboro: Greensboro won five out of their eight games in the last seven days. Viosergy Rosa had a pretty big week, recording two or more hits in three of his games. Jesus Solorzano and Juancito Martinez also had impressive weeks. On the pitching side, Andy Beltre struck out eight batters in three innings of relief on Sunday, but he also gave up four runs. Austin Brice threw five shutout innings on Monday, but he walked six batters in the process. Mason Hope was just okay in four innings on Tuesday, however, it was nice to see him generate twice as many groundballs as flyouts.