Share All sharing options for: An Interview with Marlins Double-A GM Chris Peters 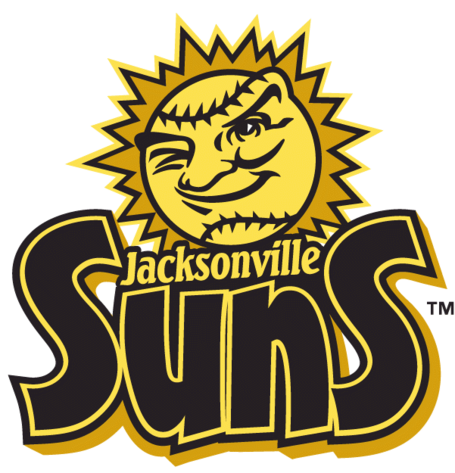 Chris Peters is entering his fifth year with the Suns in 2012. Chris graduated from the University of Florida with a Bachelors degree in Business Management and a Masters in Sport Management. Before he started working for the Suns he worked for the Clearwater Threshers ( the Phillies A+ affiliate), the New York Yankees, and the Ft.Myers Miracle ( the Twins A+ affiliate). I was lucky enough to ask Peters some questions about the 2012 season, and being a Minor League General Manager.

Did you always know you wanted to be a General Manager?

Yeah, ever since I got into baseball that was always my goal.

Looking at your resume, I noticed that you previously worked for a couple of other minor league teams. What has it been like working your way up your current position as a General Manager?

It’s a lot of work. There’s a lot of good people in minor league baseball so you just have to work as hard as you can and always display a strong work ethic just to try to separate yourself.

Do you see yourself in Jacksonville five years from now?

What is the atmosphere like at the Baseball Grounds of Jacksonville?

It’s great, we have a really strong fanbase here and we always do really well with attendance. The fans are really into the game, so when you get a tight game going on, the crowd is into and it’s fun. We have a lot of different promotions and the fans like to have fun here, so it’s a lot of fun!

The Baseball Grounds of Jacksonville has the longest distance from home plate to center field in the entire Southern League (420 feet). Because of this, do you value your center fielder's defense more than you normally would? I assume that this is a great way to see just how well a center fielder can cover a lot of ground, would you agree?

I don’t think so. It helps the pitchers out more than anything, so they can get away with some more mistakes than you can at other stadiums.By the time the center fielders get to Double-A, the organization knows everything there is to know about our center fielders.

I have heard that the jump from A-Ball to Double-A is the second biggest only compared to AAA to the Majors? Do you agree with this? Why is this true?

I guess, I’ve never played so I wouldn’t know. They say that and I’d guess it’s because of the pitching.The pitching is a lot better at Double-A.

I think a lot of Marlins fans are interested in the development of 2008 1st rounder catcher Kyle Skipworth. What can you tell us about what you from saw Skipworth last year and so far this year?

He struggled a little bit at the beginning of last year, but towards the end of the year he really looked good. So far this year he looks a lot more comfortable.

Note: So far this year Skipworth's confidence has yet to translate in the box scores. He's hitting a mere .143, but it is too early in the season to get worried.

What is the strength of your ballclub this year?

Who is the hardest throwing pitcher on your roster right now?

I think it's probably Evan Reed.

Note: Evan Reed came over from Texas in the Jorge Cantu trade. He is a 6'4'' twenty-six year old right-handed pitcher who was drafted in the third round back in 2007. If Reed can control his arsenal of pitches this year, he could be a candidate to contribute in the Marlins bullpen this September.

Back in 2009 and 2010 Giancarlo Stanton played a fair amount of games for the Suns. Could you tell he was going to be the superstar he is now?

Oh yeah definitely. The power was there, he hit some long home runs while he was here.

Do you think the Suns will be in contention this year? Do you have a prediction for the season?

No, I think it is too early to tell. In minor league baseball what we have as a team today, two months from now, could be a completely different team.

**Thank you Chris for taking the time to share your thoughts on the Suns and the upcoming season! The Suns, who are currently 3-4, kick off a series with the Chattanooga Lookouts starting on Thursday.**