Submit your own funny caption to this weeks photo in the comment section below, just keep it PG-13 and under.

Winners will receive a shout-out about how awesome they are, and a tally of the wins will be posted.

At the end of the season, the person with the most wins will receive the Official Fish Stripes "Caption of the Ship Award!"

This weeks photo is our own Billy The Marlin sporting his new threads.

To make it fair for people posting late comments, a poll will now be included in next week's contest to determine the winner of the previous week. The top comments will make it in that poll. Feel free to rec the comments you think deserve to be included (click "actions" then "rec").

Last week the highest voted comments were made by enanogrande, Jigokusabre, and xquiles21x.
The author's choice entry goes to Spades3612.

Last weeks photo was from the '97 World Series. 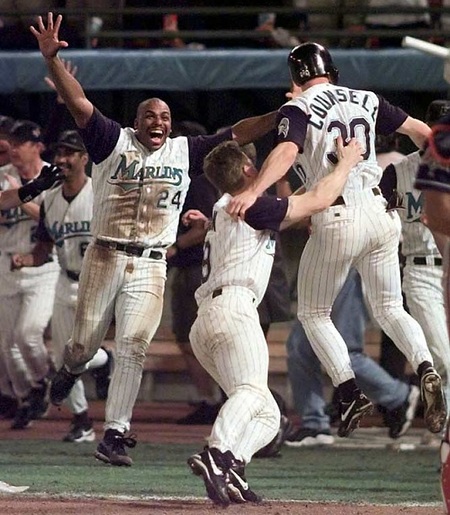