Around Miami Marlins country, there's not much to get excited about. Sure, we just signed a big free agent closer and there are rumors that we are looking to lock up more free agents during the Winter Meetings, but other than that, offseason life is pretty boring.

You know when life was exciting? When we were all complaining about uniforms and team colors, of course! And with that in mind, Fish Stripes is beginning a new line of T-shirts at their new Fish Stripes Gameday Depot store. Right now, we have just three shirts of interest for you to peruse today, and they all have something to do with the uniform and name changes that our beloved team has recently undergone.

For example, if you'd like to announce to the world how poorly done our new Marlins colors are, what better way to do that than to flaunt them brightly with your thoughts emblazoned in the front? 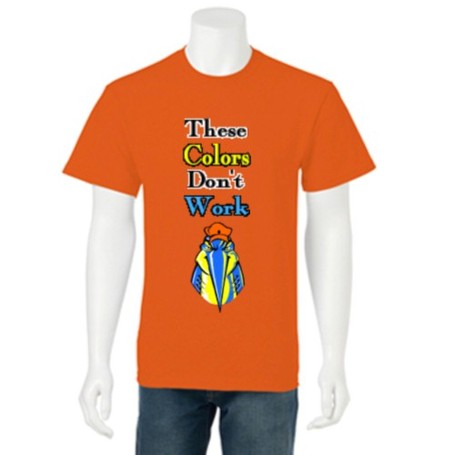 There could be no greater message about the failure of the team's color scheme than to have that angry clip art Marlin in yellow and blue frowning in your direction.

After the jump, we have some more designs for those of you interested in representing the old school. Also, you can post ideas about shirts for the store in the comments below! Here at Fish Stripes, we're always looking for suggestions.

If you'd rather wear (something resembling) the old colors proudly rather than demean the new colors and wear them at the same time, you could try this piece on for size. 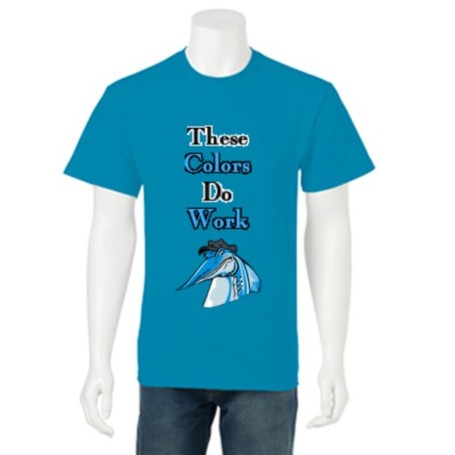 The colors better match our old teal and black favorite, and I'd like to think that this cartoon Marlin is a little happier to be appropriately colored.

Finally, for those of you who would rather celebrate the past than denigrate the future of the Marlins, we have something that you should never, ever forget. 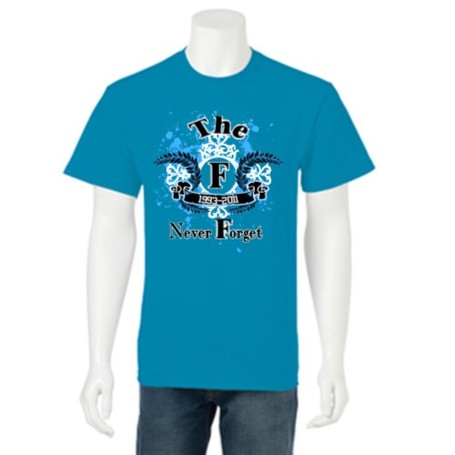 Since the "F" has been a big part of our logo for so long, it seems natural to want to hold onto it. Perhaps one day we'll be as fond of the "M" as we are of this letter, but for now we should indeed never forget the "F."

What is perhaps the best part of these three shirts and any other nostalgia shirts we do? On the back, you'll let everyone know exactly where you're from and what your cause is. 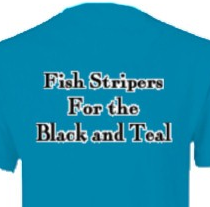 The back of each nostalgia / old school shirt will proudly display the blog's name and the fact that you are all for the black and teal.

Those are just three early designs to get something going at the store. They should fit the tastes of those who think the old colors are just awesome and want to hold onto some authentic Fish Stripes-specific paraphernalia that represents that idea. But don't worry, we will have more shirts on the way that will cater to those of you who, like me, do not think the colors are an abomination towards all mankind.

Speaking of which, this is where you can get in on the action. Tell us some ideas about shirts that you would like to see. I'd like to draw not only from Marlins history, but also from the history of Fish Stripes. That of course means that Ichthyomancy will be prominently featured in the store, with many shirt designs to come. Since I've only frequented this site for a few years, I don't have the background that some of you readers may have on some of the inside jokes of the site. I'd like to draw a bit from the site dictionary as well, if anyone was around at the time some of these terms were coined. Any ideas you guys have will be entertained and discussed, so feel free to leave them in the comments below!

Tell us what you think and go ahead and visit the store if you'd like to support the site and pick up a T-shirt. What would you like to see from the new Fish Stripes store?